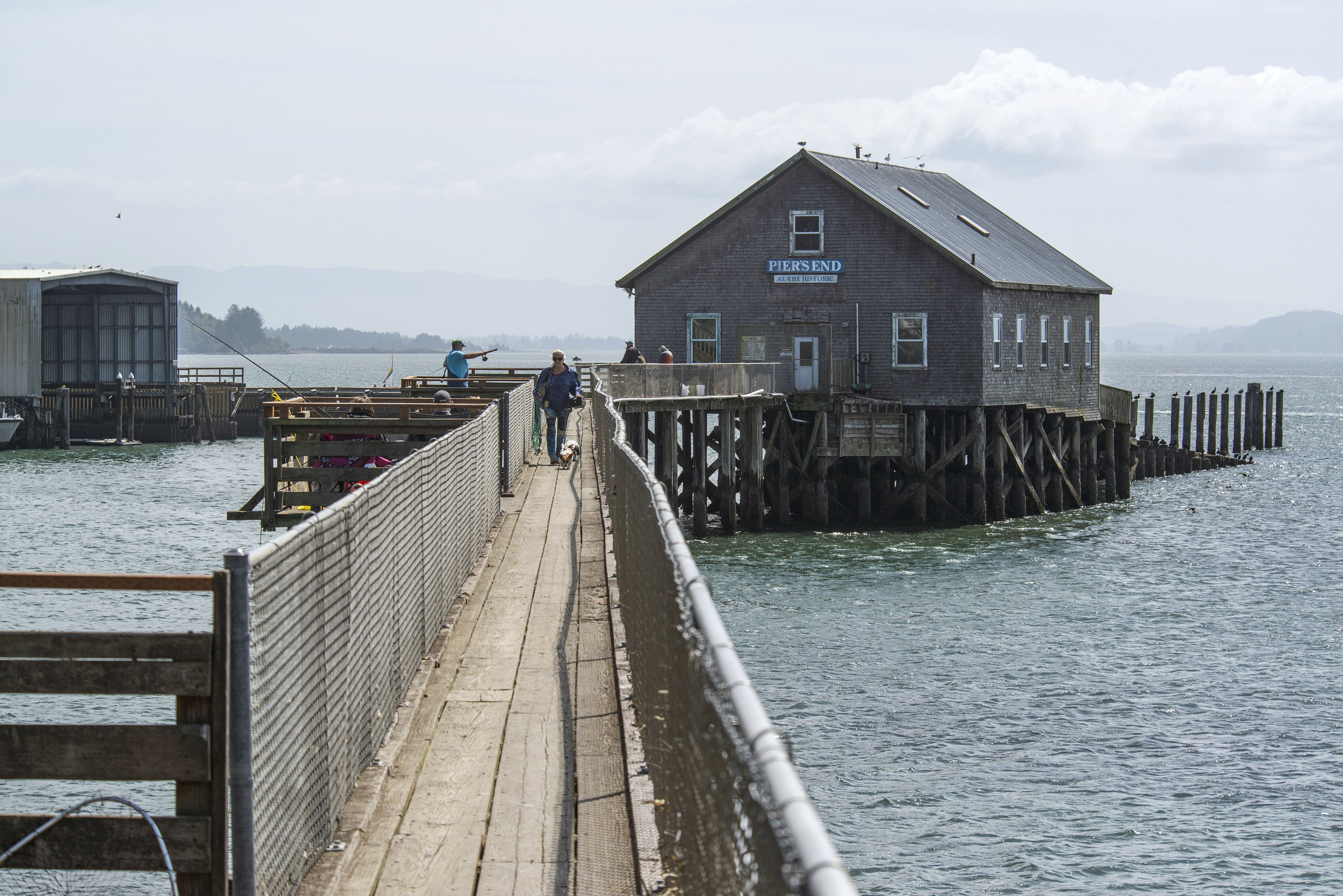 The Pier’s End Boathouse is the vestige of a life-saving legacy in Garibaldi and is now one of the most iconic landmarks of the Tillamook Bay Heritage Route. In the 18th and 19th centuries, the North American continent saw continued settlement along its coastlines, and with increases in maritime trade between settlements came a commensurate increase in shipwrecks. As more ships sailed into port, more stormy seas tossed them against the shores. Ships disintegrated under the pummeling force of winds and waves, and sailors rarely survived in cold waters.

In response, a network of life-saving shelters began to grow on the Eastern Seaboard, staffed by watchmen and lifeboats, employed to respond to ships in distress during a crisis. In 1878, the network was organized by the federal government as an agency of the Treasury Department and called the U.S. Life-Saving Service, and the agency grew to become the Coast Guard, charged with the mission to patrol and defend U.S.-controlled waters.

The legacy of the U.S. Life-Saving Service came to the West Coast much later. The Pier’s End Historic Coast Guard Boathouse was one of the last of its kind to be commissioned, and remains the last of its kind in the Pacific Northwest. It served the communities of Tillamook Bay from 1937 to the early 1960s, housing two 36-foot motorized lifeboats and one 26-foot oar-powered surfboat—and to think that a rescue would be successfully negotiated in an oar-powered boat during the storm swells of Tillamook Bay!

Close to the city center of Garibaldi, the Pier’s End Historic Coast Guard Boathouse commemorates the history of the Coast Guard in Garibaldi. While the boathouse is off-limits to the public while it is restored as an arts and educational space, the pier offers scenic views of Garibaldi and Tillamook Bay and opportunities to fish in salmon-rich waters in one of the nation’s most important estuaries. In addition, stairs open access to clam beds below, and opportunities abound for crabbing and fishing of several other fish species.