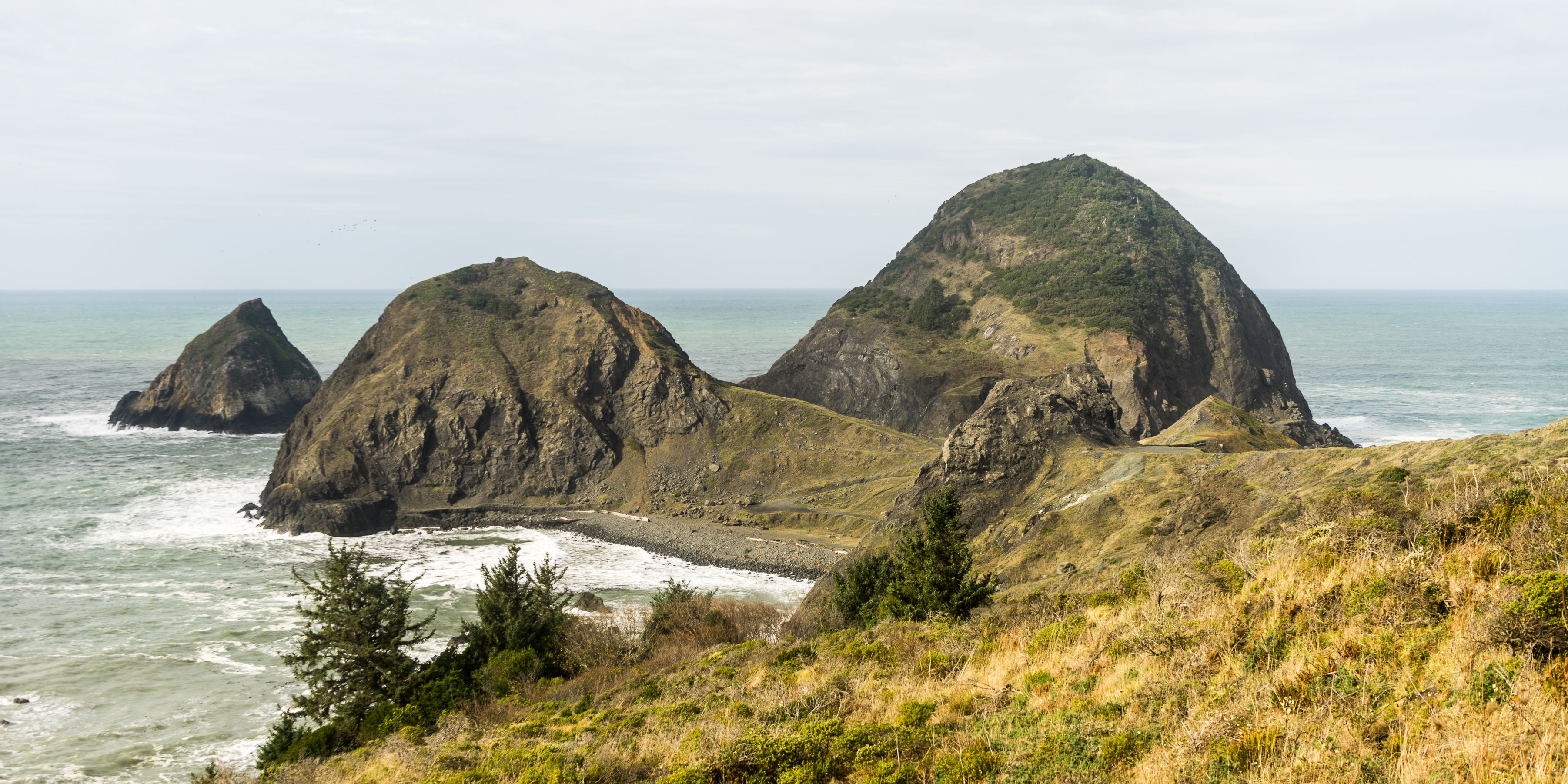 Hidden in plain sight is the best description for this spectacular Oregon state park. One of the newest in the state park system, Sisters Rock was acquired using state lottery funds and made a state park in 2005. It remains undeveloped and unmarked from the coast highway, making it less-visited than many others along the south coast.

The tiny dirt parking area is easy to miss as you travel along Highway 101 north of Gold Beach, but the huge rock formations comprising the three sisters are quite obvious. At the top of the hill, right behind the large yellow curve sign, is a dirt road on the right leading to a metal gate. It is a short walk down the washed-out road to the rock monoliths thrusting out into the ocean. The largest of the rocks has a huge sea cave tunneling through it with crashing waves visible from the collapsed opening at the base. It is possible to scramble up the sides of the two “sisters” that are connected to shore, but it is quite steep.

There are two beaches, one on either side of the peninsula. The north beach is quite long and rocky, while the south beach is a steeper walk down and has a few rusty remnants of the old settlement of Frankport, established in the 1850s by gold prospectors.

There are no facilities at this park, no bathrooms, no drinking water and no picnic tables. But it is a wild and beautiful place that the vast majority of travelers up and down the coast highway pass by with barely a glance, leaving it to seekers of solitude and the wild ocean.