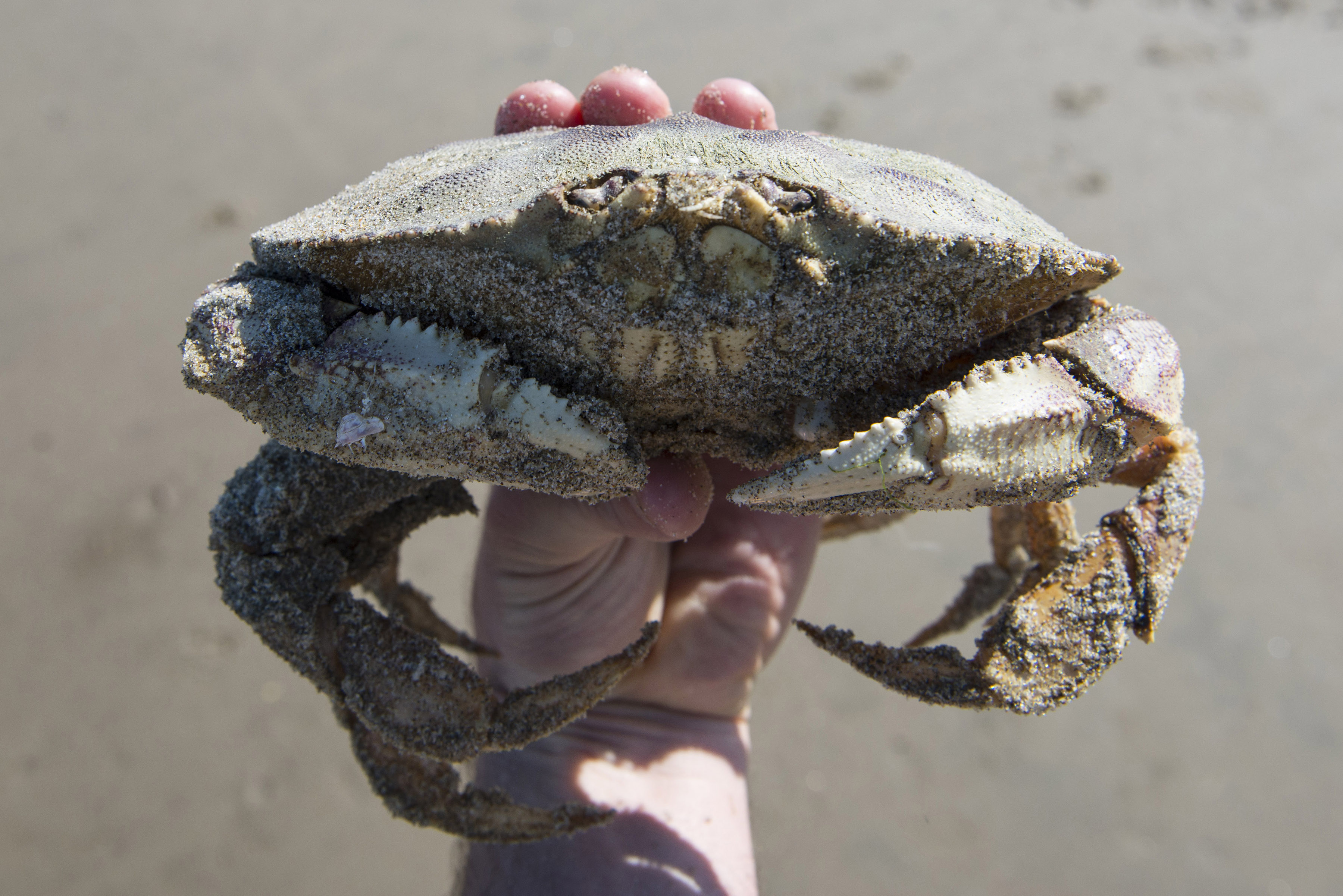 Partial copy by and published in collaboration with Oregon Department of Fish and Wildlife.

A visit to the Pacific Northwest is never complete without a taste of the fresh seafood that fills the coastal beach town markets. Fortunately, if you are willing to put in a little digging and a little hauling, you don’t have to pay market prices. Dungeness crab, mussels, and clams are yours for the taking with a small bit of know-how. The Oregon Department of Fish and Wildlife makes it easy, offering extensive information on how to (legally) find the freshest catch.

A perfect addition to any coastal trip, this is sandy wet fun for the whole family. Even the littlest diggers can join in! Paired with our camping guides for the south, central, and north coasts, you can also enjoy your dinner beachside, beneath the glow of a spectacular sunset. By following the guidelines laid out below, we’ll have you eating like a local in no time.

Dungeness crab (Metacarcinus magister) are by far the most sought-after and abundant crabs in Oregon. Dungeness crabs can be found in every Oregon estuary; however Coos, Yaquina, and Tillamook Bay/estuaries normally provide the best year-round opportunities. It should be noted however, that regardless of where you catch them, it is illegal to catch and keep females (who spawn as many as 2.5 million eggs at a time), and males must be at least 5 3/4 inches across their carapace (width of shell).

Adult Dungeness crab forage on a number of fish and invertebrate species. They can be found throughout the sandy and muddy areas in the shallowest parts of lower estuaries all the way to depths of 2,000 feet.

Fall is typically the best time to crab. Beginning in September, crabs will tend to be more “filled out,” meaning there is a higher percentage of quality meat. This is detected by the condition of the shell. Hard shelled crabs will contain 20% to 30% meat by weight, compared to soft shelled crabs which can be as low as 12%. At times after heavy rainfall and resulting freshets, crab tend to be less abundant in the bays as they’ll tend to venture out to the ocean for higher saline levels. “Slack water” (the times of peak high or low tide) are the best time of day to crab. At slack water, the highest number of crab are walking around foraging, since they are less affected by tidal currents. You can crab by boat or from the dock.

Note: Dungeness crabs are not the only crab species, and various other crabs can be found throughout Oregon and the Pacific Northwest. 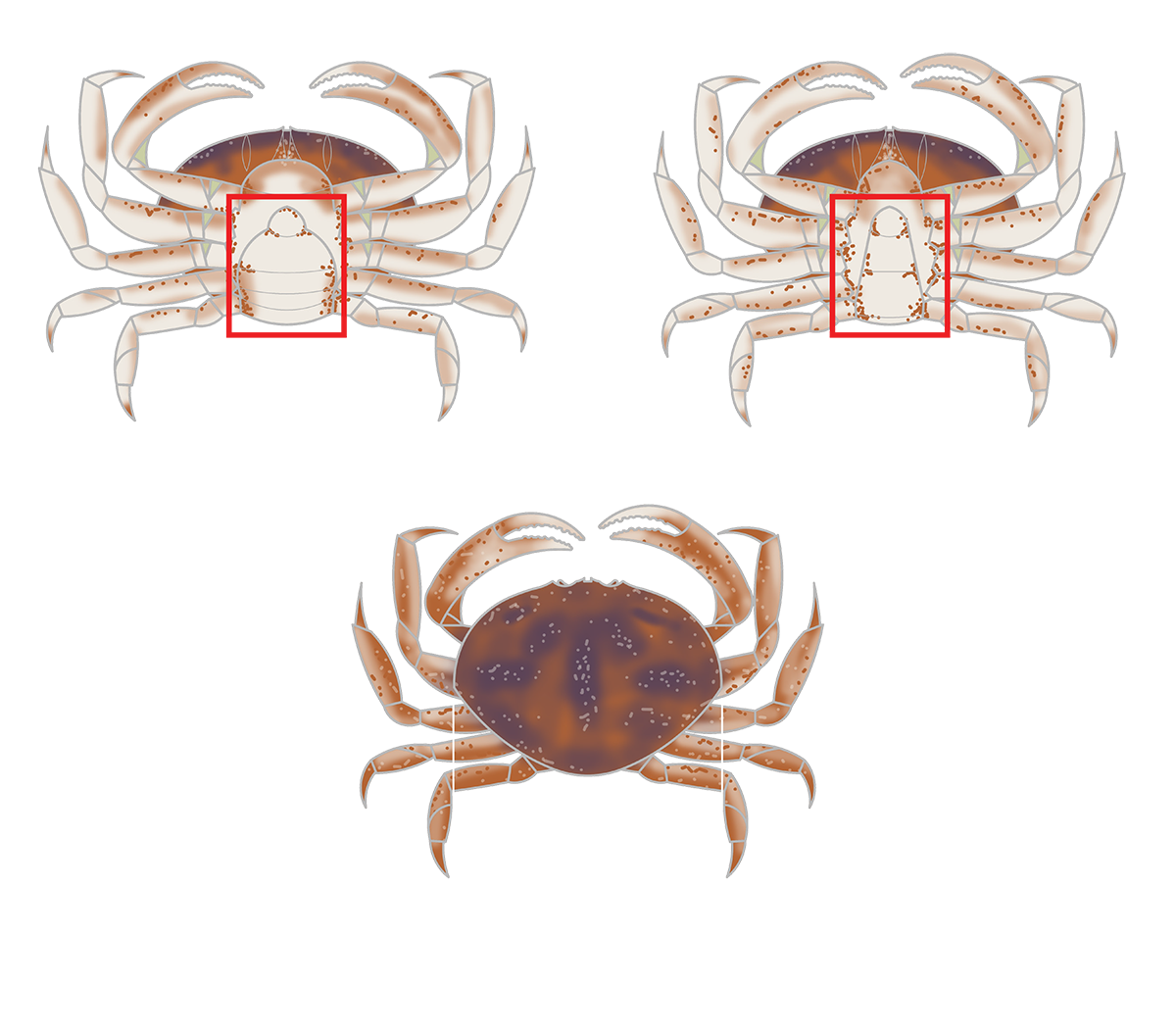 For those willing to dig a little, clamming offers a nice alternative when crab are less abundant or not quite in season. Oregon offers a wide variety, depending on your taste preferences. Ranging from the large and meaty gaper, to the delicate butter and littleneck clams, each type is found in slightly differing conditions. Depending on how much effort you are looking to expend, some are easier to find than others. Half the fun is in the hunt, so be sure to try your hand at the different varieties. 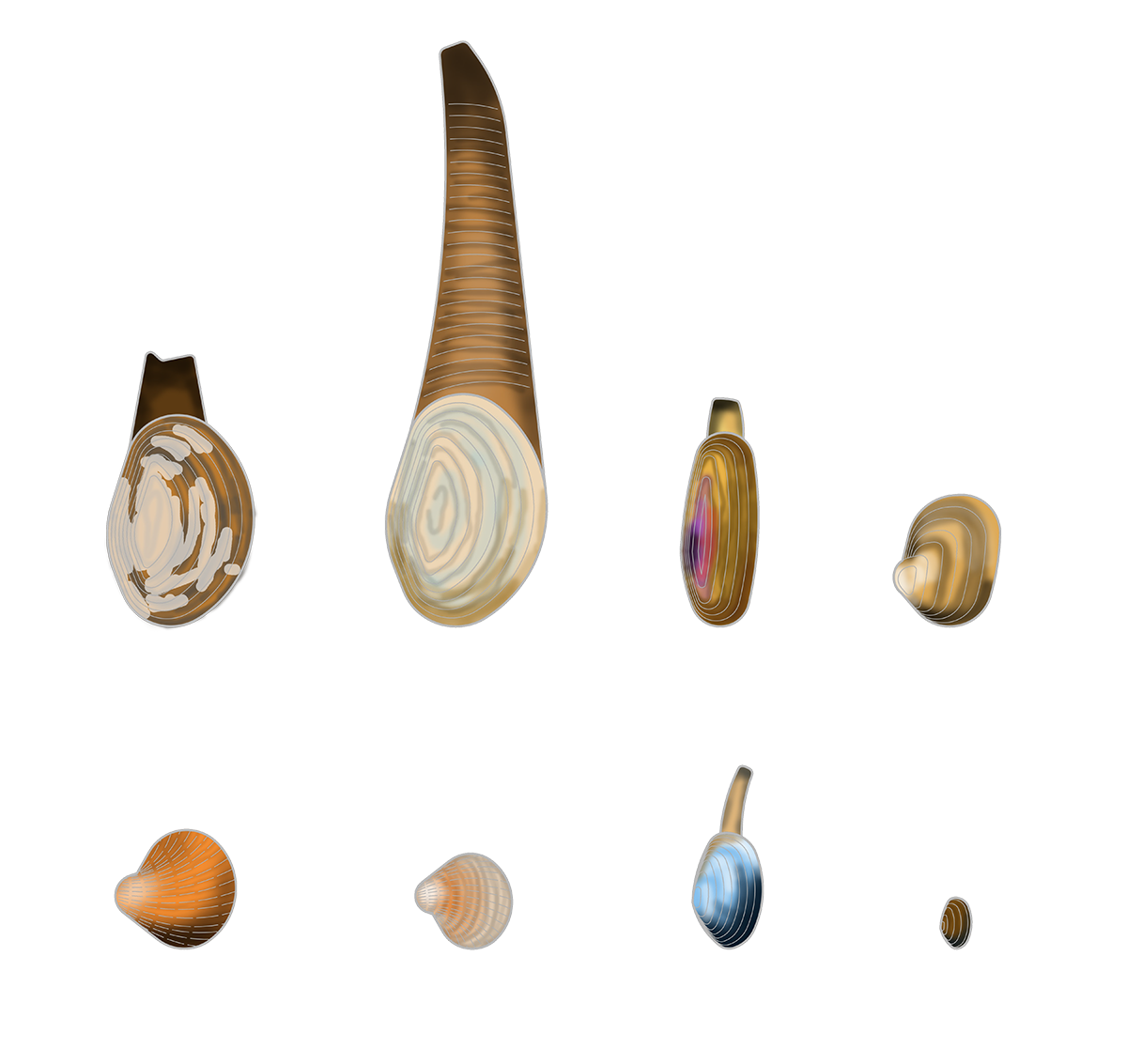 Gaper clams are found in several Oregon estuaries.They are known by a variety of names including blue, empire, horse and horseneck clams. They are Oregon’s largest common clam. Geoducks can grow much larger (as much as 10 pounds!) but are rarely found south of Puget Sound in Washington. There are two species of gaper clams in Oregon. Tresus capax is by far the most common, Tresus nuttalli is found in most estuaries that have gapers but are rarely harvested. How to Dig Gaper Clams.

Not found in Oregon, Geoduck clams are the world’s largest burrowing clam, according to the Washington Department of Fish and Wildlife. The agency states that “The geoduck reaches an average size of 2.07 pounds (including the shell) in subtidal waters of Puget Sound (based on surveys of commercial beds before fishing). The average size of recreationally caught geoducks on intertidal public beaches in Puget Sound is 2.47 pounds.”

Razor clams are found throughout Oregon’s ocean beaches. Clatsop beaches (Columbia River to Seaside) have the most stable populations (because of beach stability), 95 percent of Oregon’s razor clam digging occurs here. Other areas such as Agate Beach, Waldport Beach, Whiskey Run, Myers Creek, and other beaches along the coast also have razor clam populations, but they tend to be less available.

The most common cockle found in Oregon is the “Heart cockle.” This common name relates to its scientific name Clinocardium nuttallii. Translated from Latin, this name means “Nutall’s sloping heart”.

The species name “Nuttallii” comes from the person who first described the species. Thomas Nuttall was a well respected botanist, orinthologist, and explorer of the 19th century. While exploring the Pacific Northwest in an 1830s expedition, the heart cockle was among the specimens he collected and described. Those familiar with taxonomy will likely recognize his surname from several species of flowers and birds. How to Dig Cockle Clams.

Littleneck clams are a much sought after clam. They are found in rocky or gravelly areas of high, stable salinity. These clams are often confused with Manila littleneck clams, a smaller related (but non-native) clam that is farmed in mariculture operations and is available on local markets.

Only Coos, Yaquina, and Tillamook bays have populations. They can also be found in rocky nearshore areas for those brave enough.

Soft-shell clams occur in almost all of Oregon’s estuaries, and their range can extend very high into the estuary.

Soft-shell clams are native to the East Coast, where they are the subject of an important commercial fishery. They are believed to have been introduced to Oregon in the late 1800s, timed with the attempt to begin a fishery for the eastern oyster. How to Dig Soft-shell Clams.

Purple varnish clams were recently introduced to Oregon from Japan, most likely from ballast waters from Asia.

Purple varnish clams are found in very high densities. Limits were recently increased and separated to allow increased harvest of these.