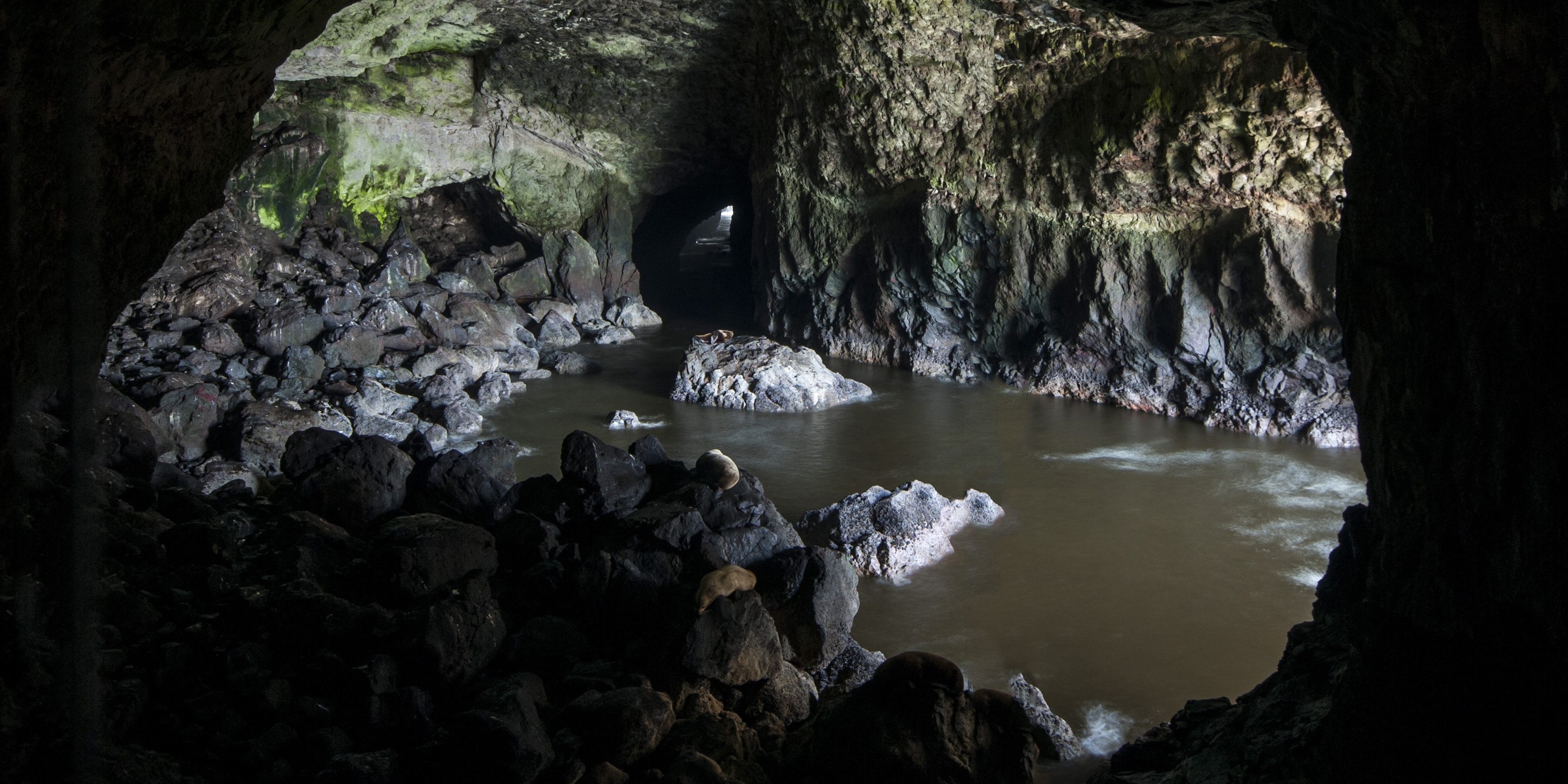 Noted as the largest sea cave in the United States, Sea Lion Caves on the Central Coast of Oregon is an impressive network of subterrainian caverns that are home to an enormous herd of some 200 to 300 Stellar sea lions.

First discovered in 1880, the caves were first exploited for commercial purposes and made accessible to the public in 1932. A 1,500-foot trail meandered down Sea Lion Point to a 135-step wooden stair tower that connected to the cave’s northern entrance. Later, in 1961, an elevator was installed that involved boring 208 feet down through the basalt headland.

Today the public access to Sea Lion Caves is still privately controlled, and a day use fee is required for entrance. Despite the commercial vibe of the establishment, however, the day use fees and gift shop funds are used to help maintain the site’s sophisticated infrastructure and the extensive and highly educational exhibits.

Throughout the site, visitors will enjoy lookouts where gray whales can often be spotted offshore, western gulls perch, and countless Brandt’s cormorants can be seen nesting on the headlands steep cliffs. The main attraction is the impressive colony of Steller sea lions that dominate the shore and cave by way of sight, sound, and distinct smell. Steller sea lions, which dominate the northern Pacific from Japan to California, are the largest of all eared seals; of all seals (pinnipeds), only walruses and elephant seals are larger. According to Wikipedia, “Like all other otariids (eared seals), Steller sea lions are polygynous. However, unlike some other species, they (males) do not coerce individual females into harems, but control spatial territories among which females freely move about.”

For visitors, the winter months are the best oportunity for viewing the sea lions in the cave. During the warmer spring and summer months, the lions usually remain outside on their rookery for breeding and birthing pups. For viewing gray whales, summer months are best, as resident and migrating whales off the headland can often be counted by the handful.