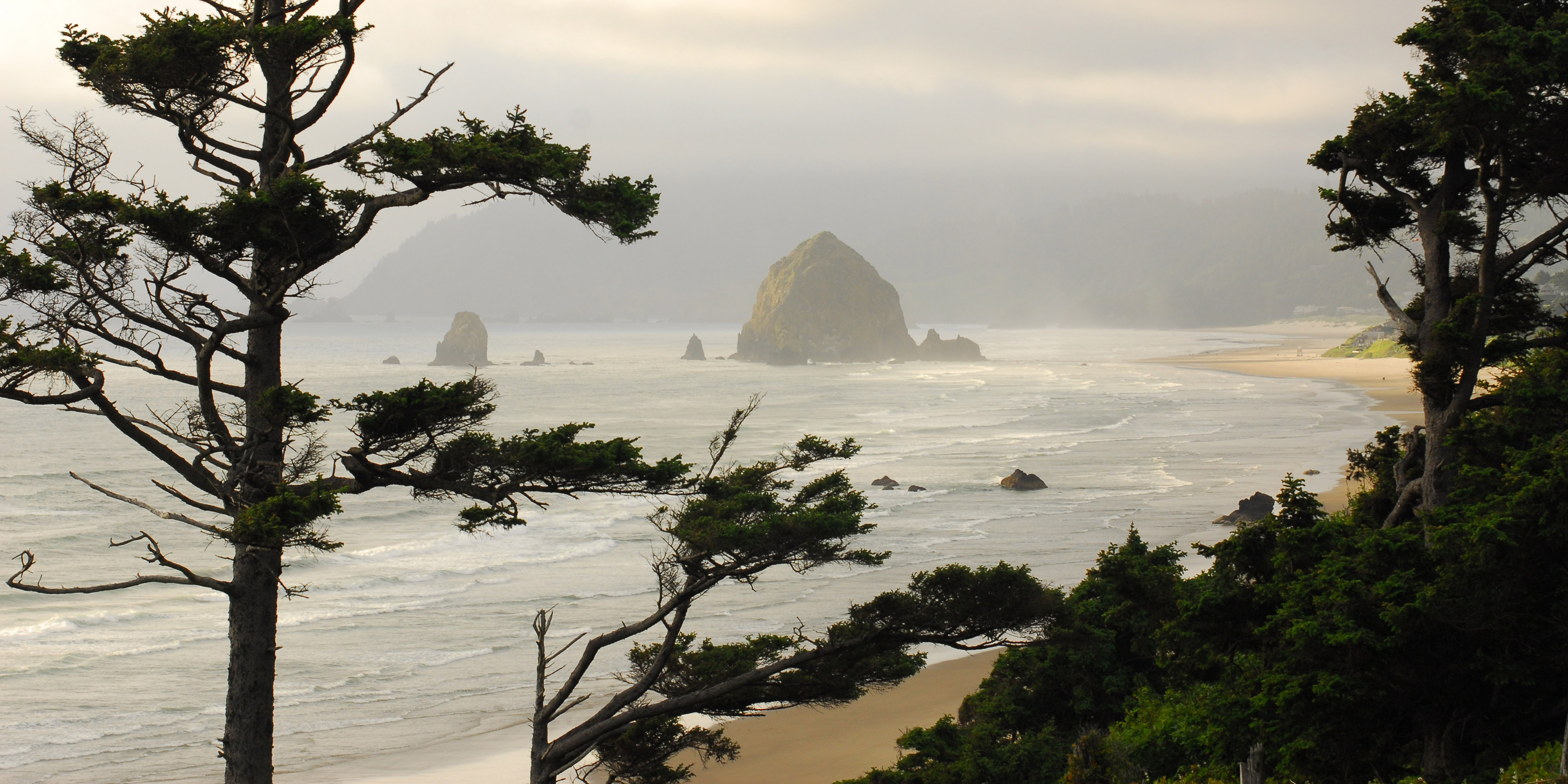 Some of the most defining and iconic views along the Oregon Coast include some of the most inaccessible and protected landforms in the state. Seen by many and experienced by virtually no one, these islands are both ubiquitous and unique. Each island enjoys protection, from the smallest rock that consistently protrudes above high water to the largest monoliths that dominate their surroundings. Haystack Rock on Cannon Beach may be one of the most photographed members of this prestigious group, but it is in remarkably substantial company.

Between Tillamook Head to the north and the California border to the south, the Oregon Islands National Wildlife Refuge includes two headlands, Coquille Point and Crook Point; several reefs, such as Simpson Reef near Shore Acres State Park; and a whopping 1,853 islands. Nearly all of this land is off-limits for humans. While a select few may be able to land on Tillamook Rock to see “Terrible Tilly” (by helicopter, with permission, and outside of nesting season), the only direct access most of us can enjoy is at Coquille Point.

With the exception of Tillamook Rock, all of the acreage in the Oregon Islands National Wildlife Refuge is protected as National Wilderness. This protection helps to maintain an incredible habitat for birds and pinnipeds, not to mention the sea life that lives below the waterline. Here are just a few remarkable facts about this refuge:

To really get a sense of what these numbers mean, find any number of viewpoints along the Oregon Coast during a nesting or mating season, and bring along some binoculars or a good telephoto lens. Or listen closely when the wind shifts onshore. Watching a colony adopt a rock or an island for its seasonal home is a wonderful experience. Itinerant communities of animals can transform these lonely islands into bustling, odoriferous metropolises that are dense enough to eclipse the rocks themselves.

Of course, wildlife is unpredictable, and you won’t always have the good fortune to witness these outstanding populations. Keep in mind that the geology of these islands and off-shore landforms is every bit as fascinating and worth exploring. While the ocean’s wave action and the extreme coastal weather are the common agents at work on these areas, the underlying structures of the rock, ocean currents, general terrain, and unpredictable factors such as earthquakes have created almost as many geologic stories as islands.

The next time you look at Haystack Rock on Cannon Beach, for instance, consider that the basalt that constitutes the monolith has its origins in a Grand Ronde lava flow hundreds of miles to the east. It is one example of Oregon Coast basalt that is from the Columbia River Basalt Group, which includes enormous formations such as Steens Mountian and, of course, the dramatic basalt cliffs along the Columbia River Gorge. This flow extended as far south as the Yaquina Head Rocks, also part of the Oregon Islands National Wildlife Refuge, and even down to Seal Rock, where you can see the gigantic Elephant Rock perched on a gradually eroding sandstone plinth from the Yaquina Formation.

Much farther south, the sea stacks and headlands near Bandon attract nearly as many photographers as birds. Here the ocean has steadily carved away at rock from the Otter Point Formation until only the most resilient segments remain. This Late Jurassic formation dates between 160 and 150 million years ago, and it is the predominant formation along the Southern Oregon Coast. Slender, craggy shapes haunt the beaches south of Coquille Point, and highlights include the Face Rock and Cat and Kittens Rock islands, also part of this refuge. Check out Battle Rock in Port Orford to get a sense of headland formation in process: here you can imagine a dwindling spine of rock connecting the rock to the mainland. Indeed, while Battle Rock isn’t currently considered a part of Oregon Islands National Wildlife Refuge, it’s membership might just be a matter of time, albeit a long, long time.