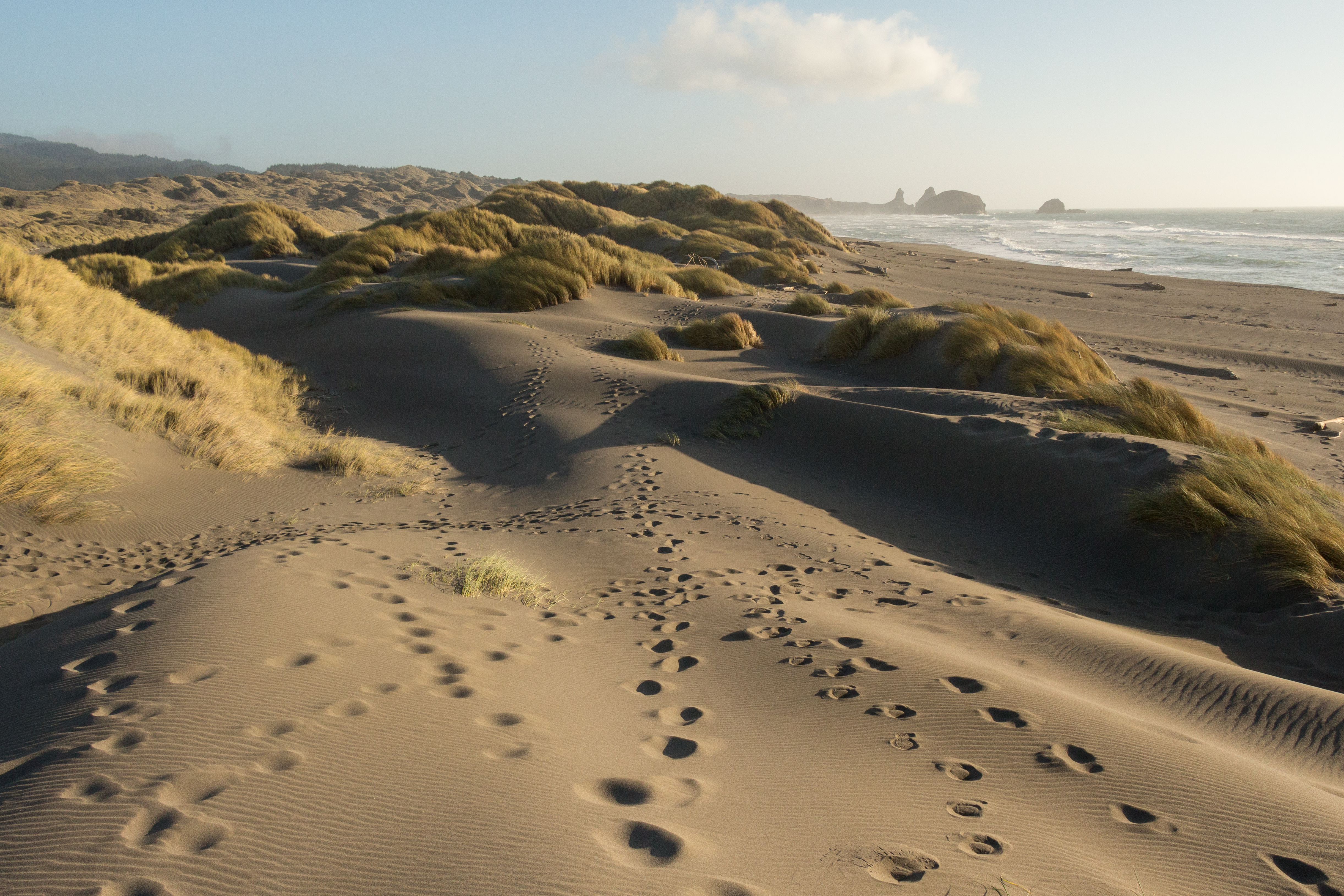 Pistol River Beach is a 3.25-mile-long stretch of soft sand and dunes along the rugged Southern Oregon Coast that is connected to Myers Creek Beach. Because the entirety of Pistol River Beach is so long, there are three main access points: North, Middle, and South. The south beach is itself the longest section of beach, and it also contains the largest dunes in the area. Just north of this beach lies the Pistol River estuary/ lagoon. During summer months water flow is poor in the Pistol River, creating a lagoon as sands build up between the ocean and the river. During winter months when rains are more frequent, larger amounts of water come down the Pistol River watershed building up the lagoon. Eventually the force of water on the sand wall is too great, creating a bursting event. Much like the collapse of a manmade dam, the sand wall breaks and releases the water from the lagoon into the ocean. The Pistol River then flows directly into the ocean, thereby establishing an estuary again. This cycle repeats over and over throughout the years and is often very important for fish species in the area.