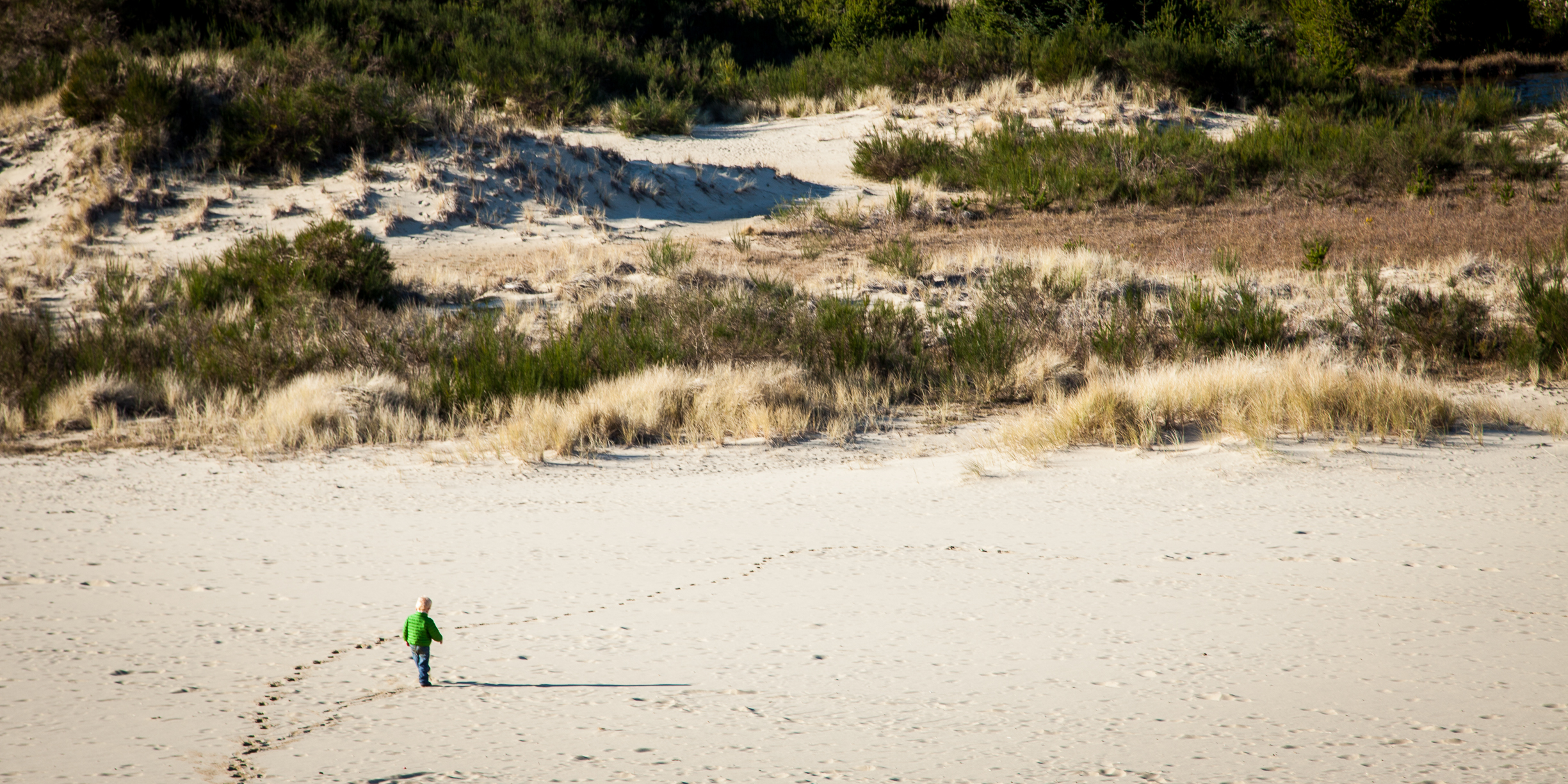 The Oregon Dunes are an iconic shape-shifting landscape along the Oregon coast. With invasive species encroaching and overtaking native habitat, the ecology of this unusual ecosystem has been changing, and not for the better. Fortunately there are concerned stakeholders working to improve and restore the dunes to their native beauty. As the largest stretch of coastal dunes in North America, it is imperative we protect this ever-changing habitat.

A naturally dynamic system, dunes ebb and flow according to wind direction and the presence (or absence) of vegetation. These massive hills serve multiple functions on a beach. Their size allows them to act as a windbreak for the interior regions, and they also serve as storm surge protection during the wild winter weather that our Oregon coastline experiences. The mix of landscapes surrounding these dunes adds to their unusual character. Lakes, forests, rivers, and estuaries combine to feed a diverse plant and animal life.

Wind and water are the two most important elements contributing to the formation of these dunes. Winds can reach 100 mph during intense winter storms along this stretch of coastline. Even in summer months, average daily gusts range from 10 to 15 mph. Northerly winter ocean currents and southerly summer ocean currents trap river-borne sediment just offshore. Tides, waves, and wind then carry that sand up onto the beach. These sands are extremely absorbent and may even form quicksand at times in lower areas between dunes.

As you move inland, different plants and animals occupy unique niches in the complex dune ecosystem. The Forest Service does a wonderful job describing the different types of dunes present as well as the types of habitats created as a byproduct of the moving sand. With foredunes, hummocks, deflation plains, and tree islands, the intricacies on display here only add to the challenge that restoration workers face in recreating natural dune systems.

According to the Forest Service, the sand in the Oregon Dunes originates in the Coast Mountain Range. Erosion process have been moving sedimentary rock from these mountains for thousands of years. An unusual geologic formation of solid marine sandstone known as the Coos Bay Dune Sheet “stretches 56 miles from Heceta Head to Cape Arago and contrasts with steep headlands found on most of the Oregon coastline, which prevent inland movement of sand” into other locations.

In the early 1900s as coastal communities developed and grew, the shifting sands were increasingly seen as a menace that needed to be tamed and controlled. European beachgrass was introduced as a non-native plant species. The grass was planted heavily along roads and near rivers to stabilize the sand, and it spread widely and quickly. The landscape was affected drastically by this interloper: According to the Forest Service, more than 80% of all sand dunes in the area were covered by beachgrass and other plant species within 50 years. Non-native scotch broom and gorse are also significant problem plants in these areas. The entire complex dunes ecosystem that should be a constantly shifting mosaic of open sand, young shrub and woodland, and wetland, has stabilized and rapidly changed the landscape.

Naturally, the consequences for native plants and animals were dire, but they went largely unnoticed for decades. Plants like perennial pink sand verbena were no match for the hardy European beachgrass. Animals that require open sand also began to suffer. The western snowy plover is one prominent example of a species that has suffered from changing habitat pressures and traffic along the coast, and it is currently listed as a threatened species by the U.S. Fish and Wildlife Service. Restoring wild dune habitat offers benefits to plovers, other wild animal populations, and the people who love to play on the dunes and open sand, many of whom have seen their playground change dramatically over a lifetime.

Efforts to mitigate the effects of these earlier attempts to control the dunes have taken years to complete. Restoration is now the intent, and numerous stakeholders have come together to work toward viable solutions. The Oregon Dunes Restoration Collaborative, which includes representatives of the coastal tourism industry, recreation groups, conservationists, elected officials, and land managers, has developed a strategy to help guide investments in restoration where they are most needed and are most likely to succeed. Earlier this year they released a book, “Restoring Oregon’s Dunes: The Bid to Save a National Treasure,” and a companion website to help educate people on the situation out on the sand and inspire people to get involved. It will take a lot of time and resources to make a dent, but the collaborative group is in it for the long haul.

To take an active role in restoring the Oregon Dunes yourself, consider volunteering with the Oregon Dunes Restoration Collaborative. Work parties pull invasive species, help with events, and spread the word about the need to protect this Oregon asset.

Know Before You Go

Due to the sensitive habitat needs of the threatened western snowy plover that utilize the Oregon Dunes as a breeding grounds, designated plover nesting beaches will have restrictions placed on activity/use during the months of May 15 through September 15. When visitors arrive at the beach, it’s important to read all signs outlining permitted activities and open areas. Different rules apply to dry and wet sand on plover beaches. While designated trails that go through plover areas remain open, users must remain on the trail and walk on wet sand close to the water’s edge. Dogs are not allowed in these areas during this time, and pet owners should plan accordingly. If a plover nest is found in an unprotected area, leave the area immediately and contact USFWS, ODFW or OPRD.

Check out the following resources: