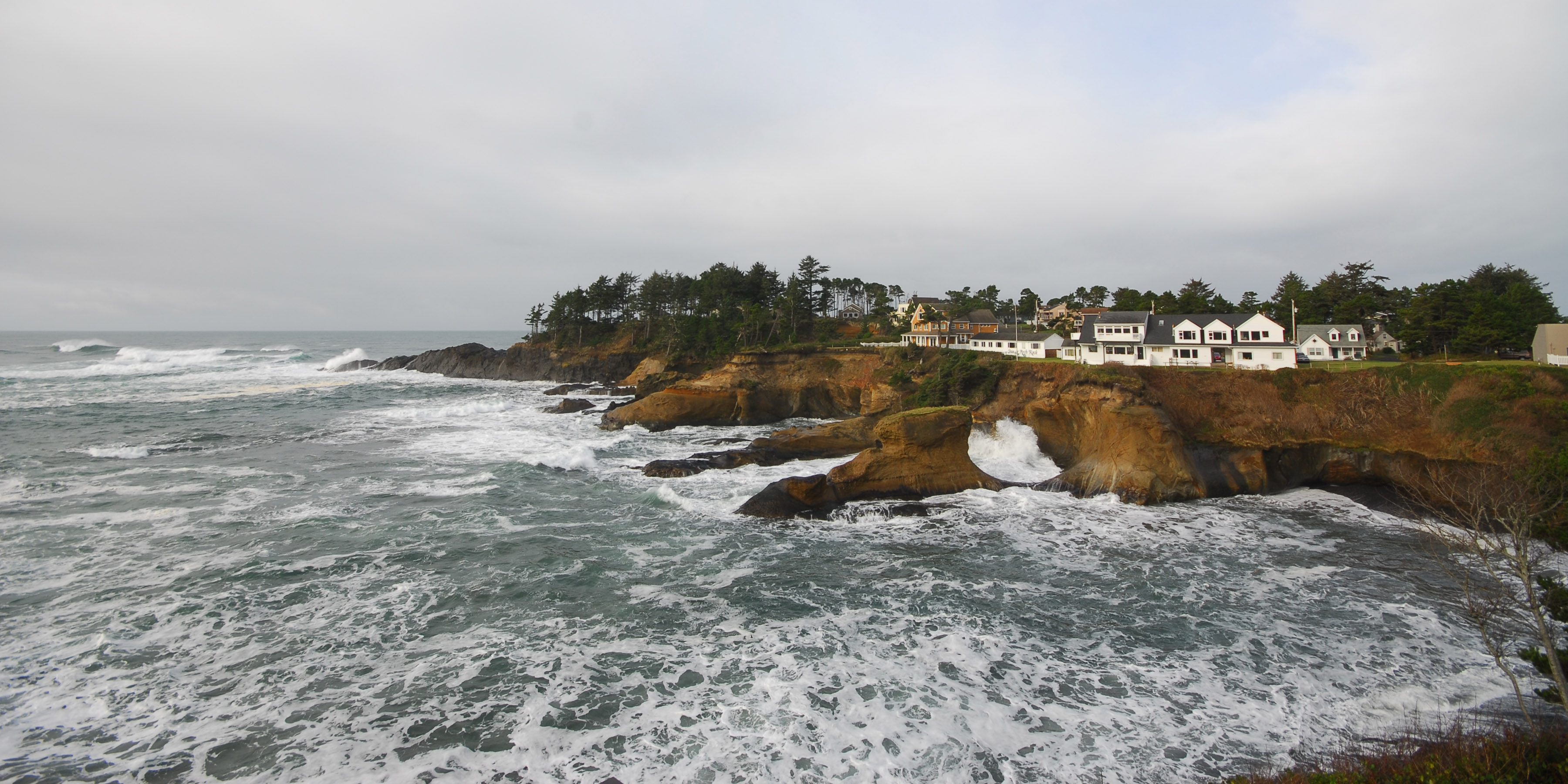 Solid black basalt that flowed into the Pacific Ocean as long as 20 million years ago formed the rugged cove of Depoe Bay, now a notable departure point for chartered boat whale watching tours that leave from what the town promotes as the world’s smallest harbor.  The wayside is also a terrific location for viewing resident gray whales* from land, with the Whale Watching Center** acting as the hub for collecting information on the mammals.

* Gray whales will migrate as many as 12,000 miles annually.  There are two key time periods in which the largest quantity of whales pass the Oregon shores: between late December and the beginning of January the gray whales make their way down to the calving lagoons of Mexico’s Baja peninsula, and between mid-March and early April the whales head back north to Alaska to feed.  The best opportunities for viewing the whales are during these two migratory windows of time or the late summer when the roughly 200 resident whales stick around the central Oregon coast to feed.  Visit the Whale Watching Spoken Here site for more information.