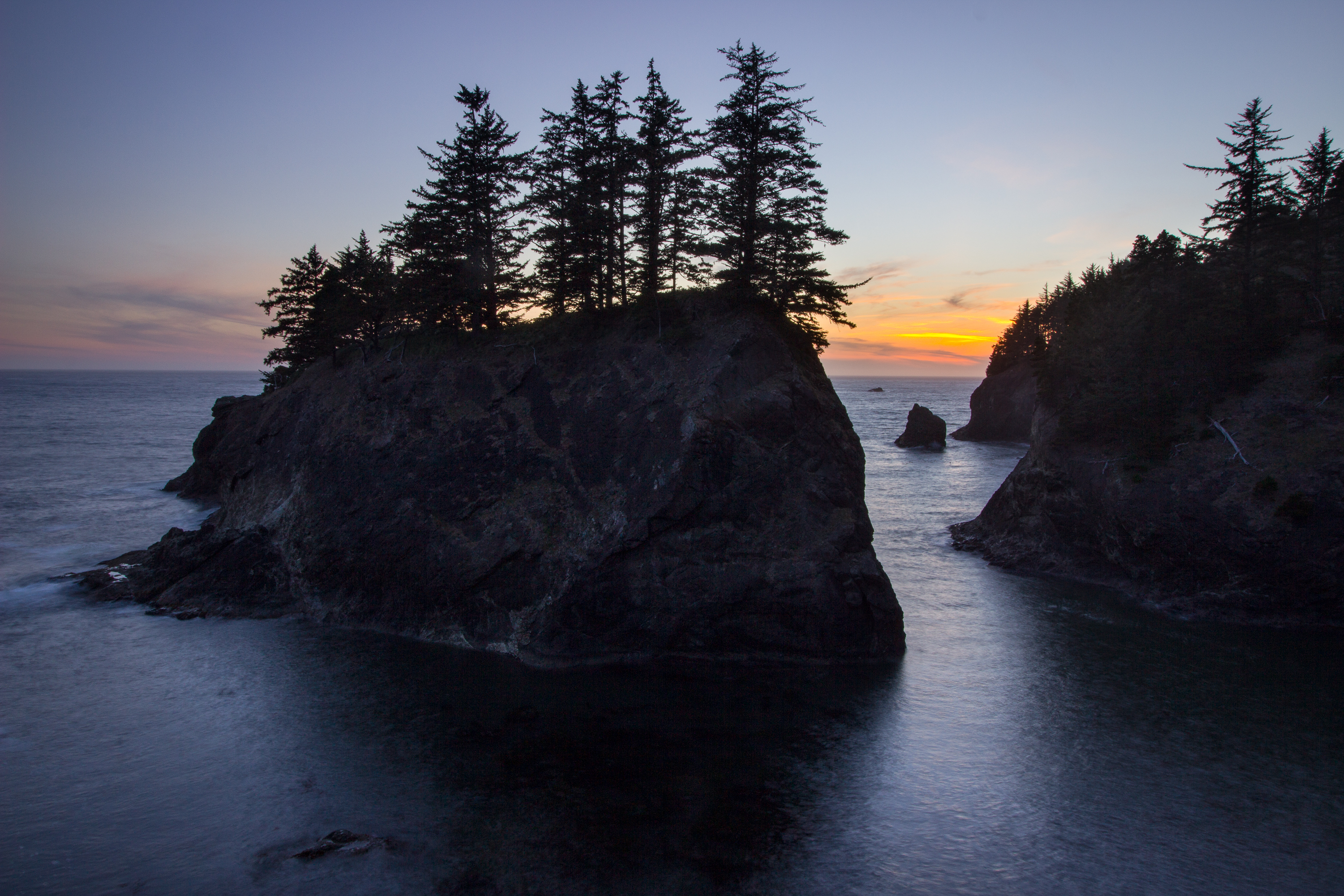 Secret Beach in Samuel H. Boardman State Scenic Corridor is appropriately named because it lies down steep and rough trails where it is secluded from Highway 101. This ocean beach has two sections to explore, each with its own small creek flowing through it. Trails lead visitors to the northernmost part of the beach where a small scramble down some rocks is required to access the beach. Once on you reach the beach, a look to the east will reveal a small waterfall cascading onto a rock pile. The southern section can be explored at lower tides when the choke point between two large rocks is open. At very low tides some further exploring can be done in the pools at the far south end of the beach.

This secluded beach can also be accessed from the Thunder Rock Cove parking area by following the signs for the beach; this route is slightly longer and less steep. The shorter trail follows Miller Creek, where several extra waterfalls can be heard and observed.

Access to Secret Beach in the Samuel H. Boardman Scenic Corridor is made possible due to efforts in the 1930s when the Oregon Coast Highway was completed. Long before this, however, Native Americans carved trails along the coast in order to trade and hunt. Following them were settlers and fortune seekers who walked some of the same beaten paths. It wasn’t until the 1980s that the official Oregon Coast Trail was completed, allowing modern adventurers to follow the entire Oregon coast on foot.