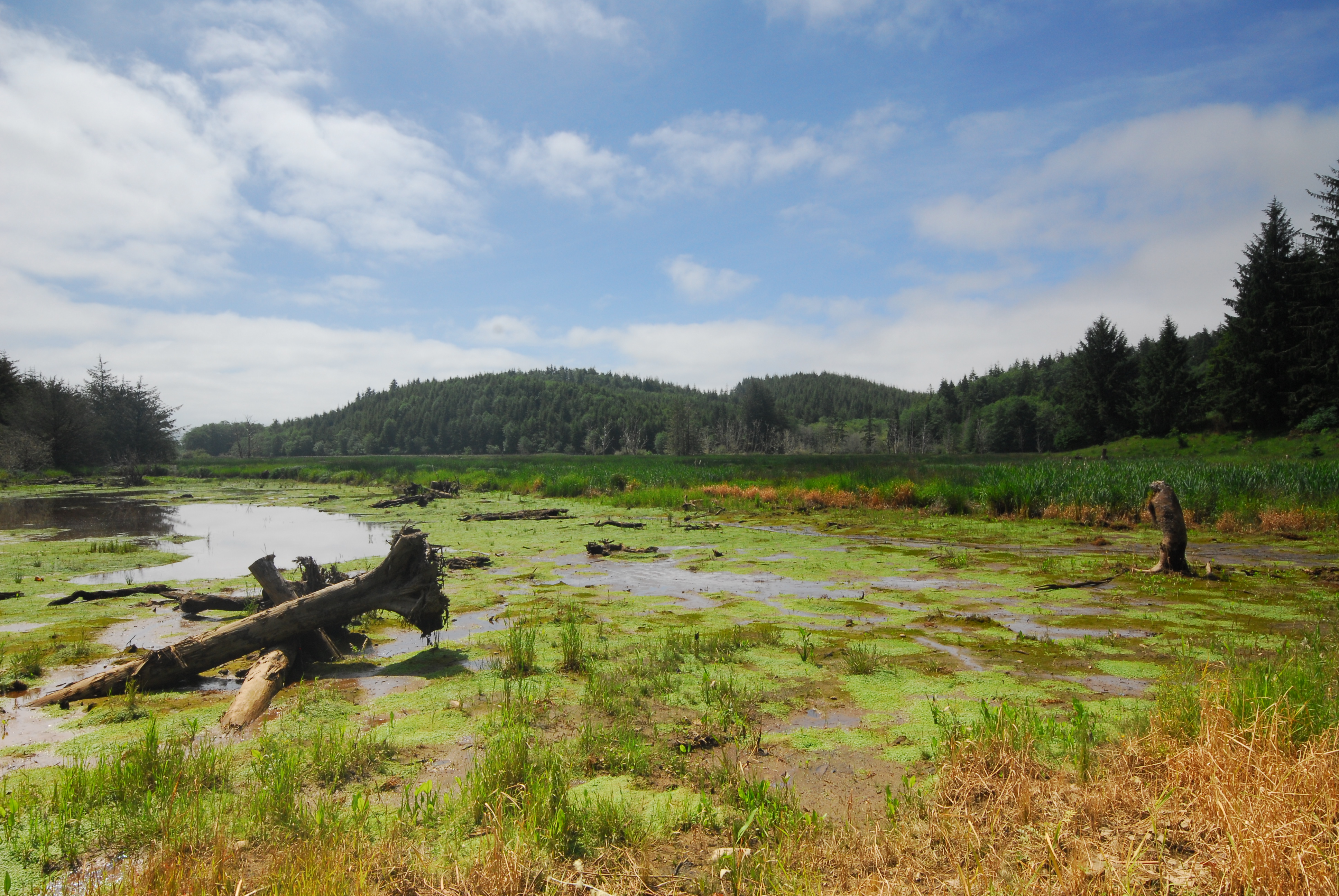 The Corps of Discovery originally intended to establish a winter camp on the northern banks of the Columbia River in what is now Washington. Advice from the Clatsop people and exhaustion with a diet consisting exclusively of salmon led the group to unanimously agree to relocate to the river’s south side, where elk and deer were said to be ubiquitous.  Meriwether Lewis and five men scouted the southern shoreline in and around Youngs Bay, and on December 7, 1805, the entire Corps of Discovery began constructing Fort Clatsop just off the banks of the Netul River.*  By Christmas of that year the fort was occupied.

Much has obviously changed since then, but the Netul River and the boggy landscape that flank its shores look much as they did back in 1805.

Hiking next to the river, over forested hilltops and through native wetlands, this 2.7-mile interpretive loop provides a unique insight into what the Corps of Discovery would have experienced over 200 years ago.  Bring your binoculars as great blue herons and numerous other waterfowl nest along the river’s banks and throughout the Southern Slough.

*Both the Clatsop natives and Lewis and Clark referred to the river, which originates just south of Saddle Mountain, as the “Netul,” but in 1925 the name was changed to the Lewis and Clark River.  Today, not to completely confuse visitors, you will see signage using both names.