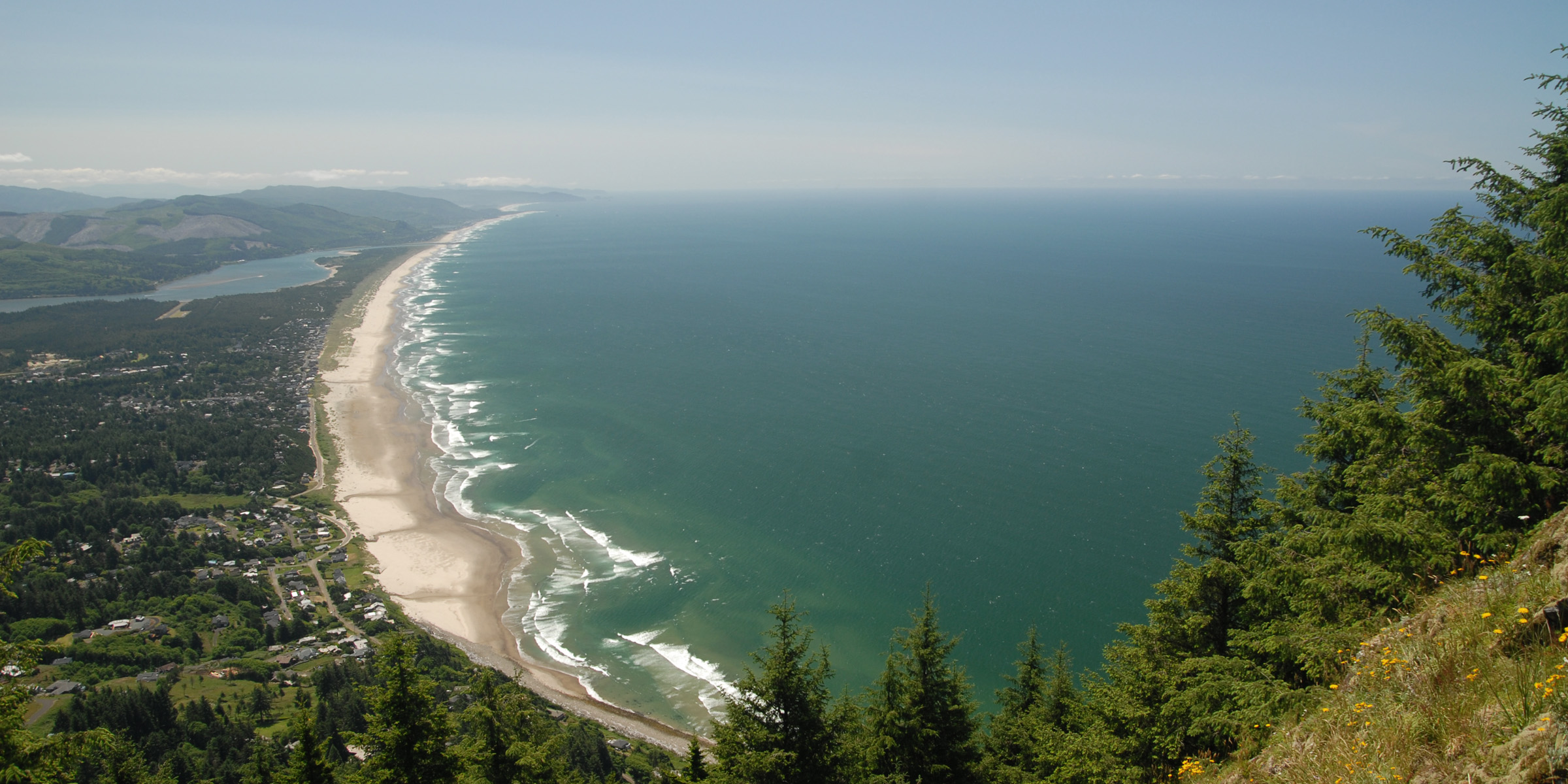 At 1,680 feet, Neahkahnie Mountain is one of the highest points on the west coast of the United States. From its location in Oswald West State Park, Neahkahnie offers stunning views of the Pacific Ocean. Tillamook Native Americans considered the mountain to be supremely significant: “Ne” translates as “place of,” and “Ekahnie” as “supreme deity.” Urban legend maintains that the mountain is home to treasures left by Spanish explorers, but not much has come of this in modern times. Legends aside, the hike up to the exposed summit of Neahkahnie Mountain is absolutely incredible, particularly on clear days. Spectacular wildflowers line the trail at the beginning and the end, while the middle section is characterized by gradual switchbacks through a dense Sitka spruce forest. If the 1,100-foot elevation gain is too intimidating, there is also an easier and more frequented eastern approach.  View our map for details.

Once you’ve returned to the trailhead, you can hike further north on the Oregon Coast Trail to the Devil’s Cauldron viewpoint, then down to Short Sand Beach for a refreshing swim before continuing to Cape Falcon.