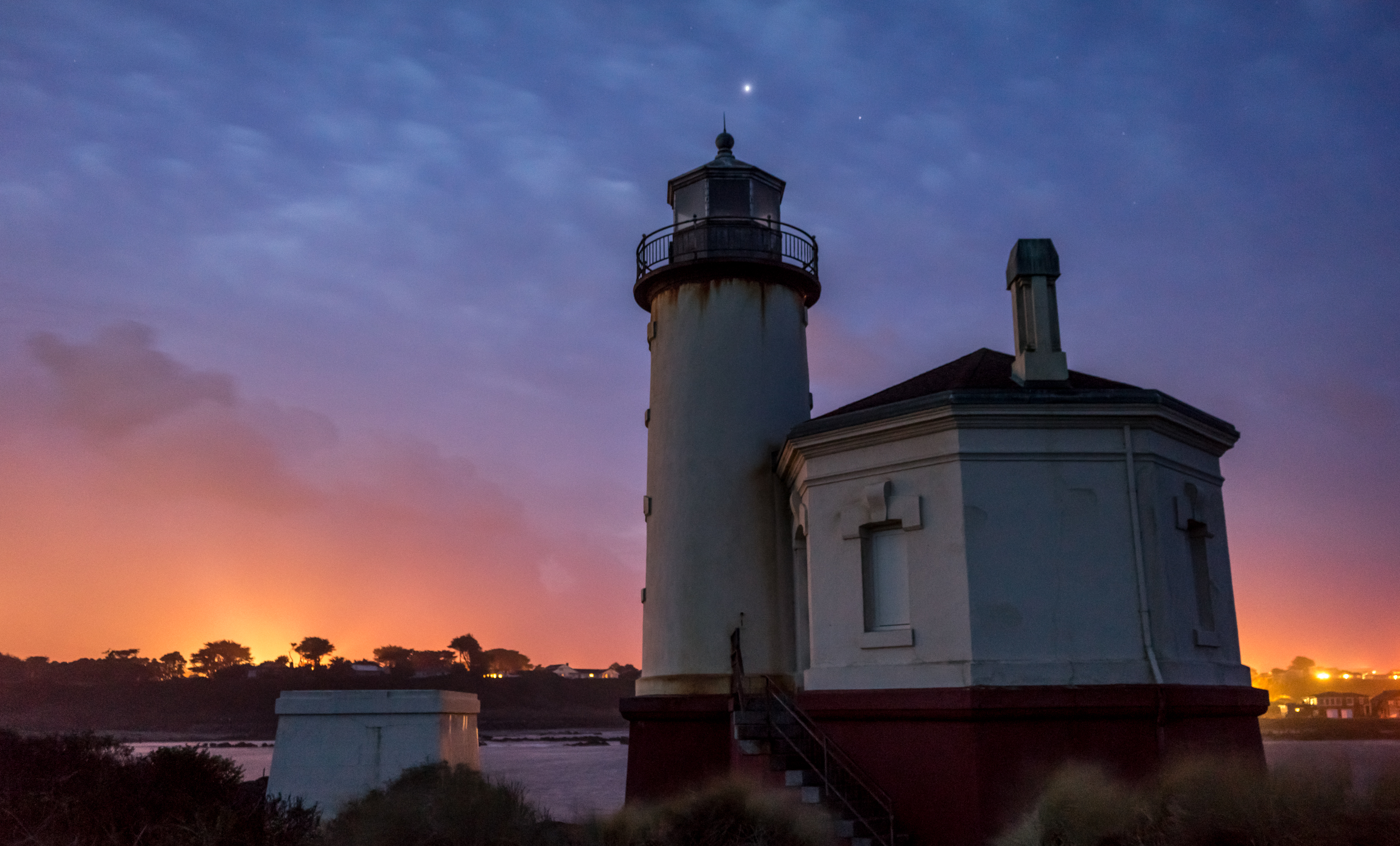 The Coquille Lighthouse is located in the Bullards Beach State Park’s day use area just north of Bandon. One of 11 lighthouses in Oregon, the Coquille River Lighthouse was active from 1895 until 1939, when Bandon’s depressed economy led to low shipping demands that made the lighthouse moot. The 40-foot lighthouse was built in 1895 to help guide mariners across the dangerous bar at the entrance of the Coquille river. Each lighthouse had it’s own signature or flashing pattern, and ships were able to identify where they were based once the crew identified the signal. The Fresnel lens in the Coquille River Lighthouse produced a signature of white light for 28 seconds on, followed by two seconds off. The lighthouse was also equipped with a fog trumpet that sounded for five seconds every half minute, as needed.

The area is a great place to explore and look for wildlife. Pelicans, cormorants, and gulls can be seen in the surf. Harbor seals can be spotted as they peek out from beneath the waves. You can walk onto the jetty from the lighthouse and enjoy a good view of the river and the long stretch of sandy beach.

Tours inside the lighthouse are available during the summer season from mid-May through mid-October.