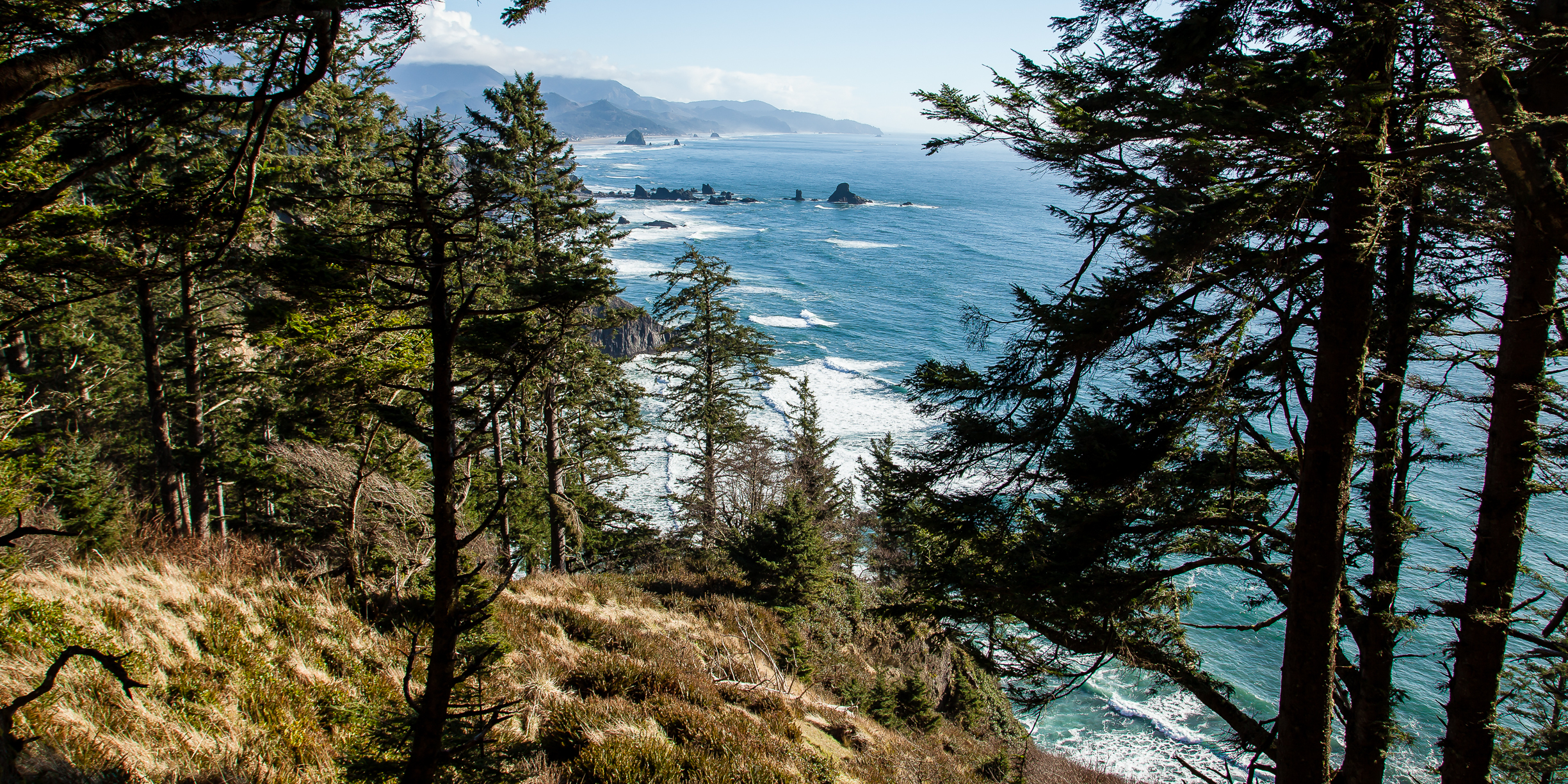 Starting at Indian Beach, the Clatsop Loop trail is just enough off the main path that it’s spectacular ocean views off Tillamook Head and deep forest scenery don’t get seen by the bigger coastal crowds.  Lewis and Clark documented the region as the southernmost destination in their journey along the Columbia River.  In search of whale blubber, they stood on the cliff walls gazing out into the same vast ocean.  Clark was both challenged and awed by Tillamook Head, cursing the climb as “the Steepest worst and highest mountain I ever ascended” and naming the views “the grandest and most pleasing prospects which my eyes ever surveyed.”  Ecola State Park gets its name for the Chinook word for whale, “ekkoli.”

Historical footprints can also be seen in the six-room bunker located at the top of the hike.  The U.S. government held a radar installation here during World War II.  Of course, the natural beauty of rugged, rocky beaches and crashing waves justifies the popularity of the site throughout the years.

Tucked away on the north side of Ecola State Park, the trail begins on the north side of the Indian Beach parking lot and rises over 900 feet to offer a sweeping view of Tillamook Head lighthouse.  Old-growth benches dot the steep ascent.  After 1.6 miles, several bunk-style shelters sit near a covered picnic area.  Backcountry hikers can stay the night on a first-come, first served basis.  The concrete bunker lurks beneath layers of moss and forest debris just another 0.2 miles down the trail, just before the highest overlook point. From this vista, standing atop Tillamook Head, you can look out upon “Terrible Tilly” – the lighthouse perched on Tillamook Rock a mile out to sea.

On the return journey to the trailhead, turn right at a junction near the shelters. Take your time stopping at more viewpoints on the descent before returning to your vehicle, as each is different and more beautiful than the last.