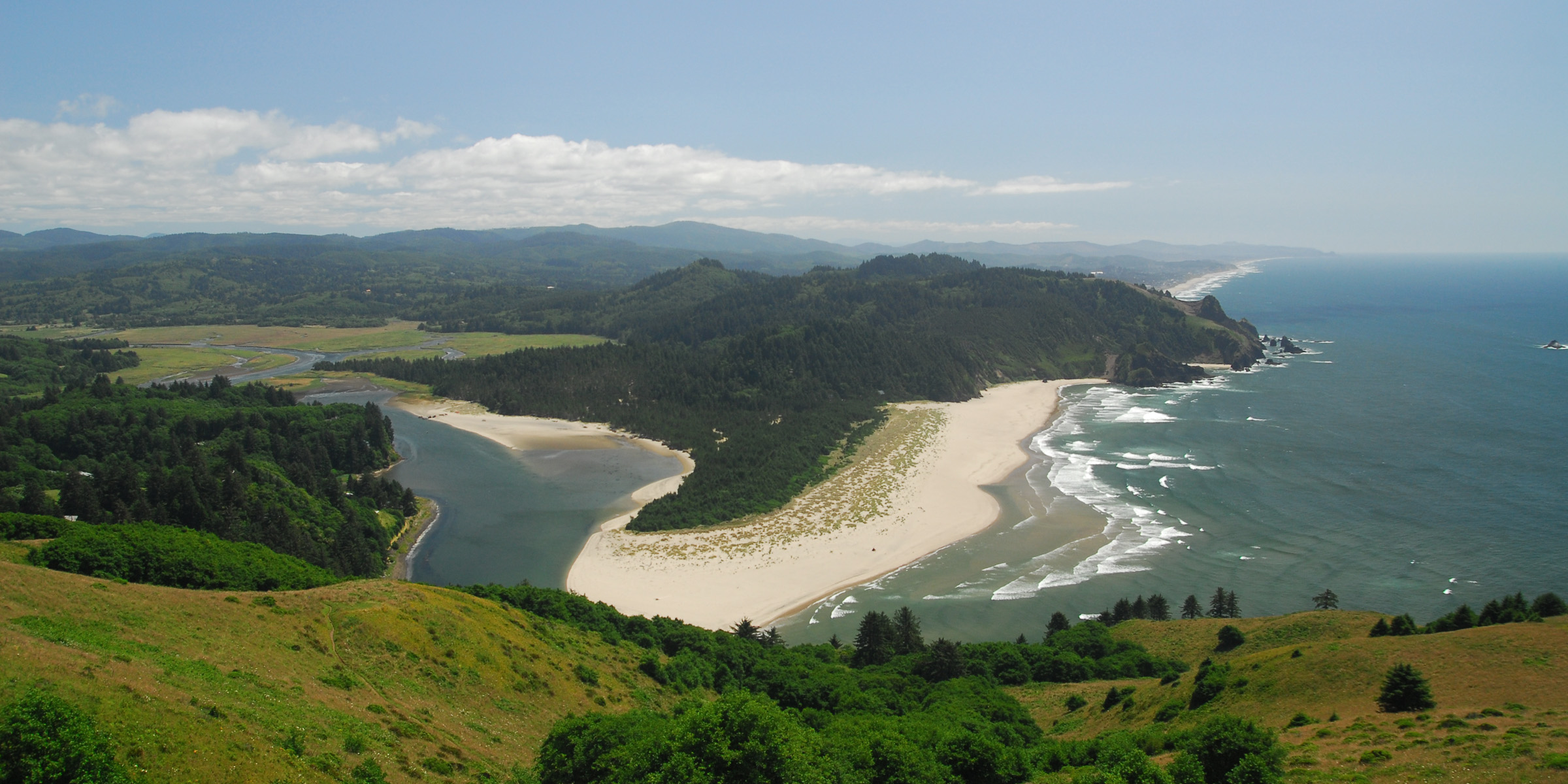 The trail up to Cascade Head is one of the Oregon Coast’s best year-around hikes.  From the wildflower meadow at the top you’ll catch incredible views to the south that include the 529-acre Westwind Stewardship Conservation Area and Camp, the Salmon River estuary, Lincoln City, and the Pacific.

The headlands were purchased in 1966 by The Nature Conservancy, which saved the lands from development and now stewards the 270 acres of protected grasslands. In partnership with the U.S. Fish and Wildlife Service, Lewis and Clark College, and the Oregon Zoo, The Nature Conservancy actively researches and monitors the preserve’s sensitive habitat. The partnership has reintroduced the endangered Oregon silverspot butterfly and actively maintains the trails and removes invasive species such as Himalayan blackberry.

Cascade Head is named for the numerous waterfalls that spill into the Pacific just north of this hike. To get the full taste of the headlands, extend your adventure and hike down to Harts Cove to get the best view of Chitwood Creek Falls, or consider a view of the headlands from below.

Note:  Dogs are not allowed in the area due to the sensitive nature of the headlands, and it is critical that visitors stay on the established trails.