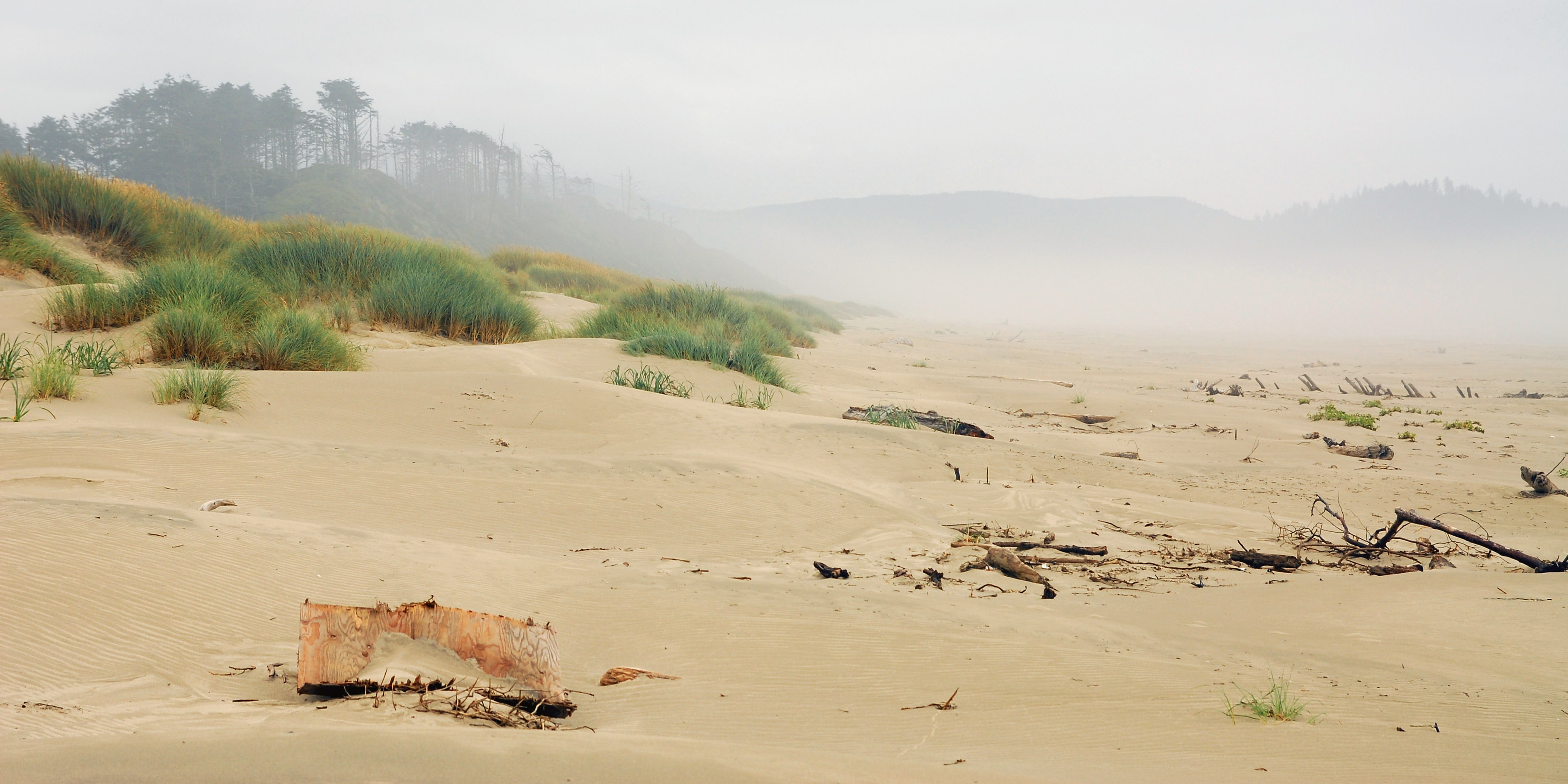 Given the crowds of visitors that tour the Northern Oregon Coast, you may be surprised to learn that one of the most pristine and quiet beaches in the state is located just outside of Tillamook.  Protruding 7 miles north from Cape Meares, the slender Bayocean Peninsula shields Tillamook Bay from the harsh Pacific storms and provides a healthy habitat for a uniquely isolated and well-preserved coastal ecosystem.

The Bayocean Peninsula is also unique because it is one of the few places on the Oregon Coast where you can go backpacking.*  From the parking area at the end of Bayocean Drive, sling on your backpack and venture down the old gravel road that functions as the Peninsula’s main corridor.  From this spine that extends down the full length of the peninsula’s eastern edge, peel off onto any one of the numerous hiking trails to explore this unique coastal setting.  As you hike on predominantly sandy trails through thick groves of shore pine, salal bushes, and even robust Sitka spruce, you’ll stumble upon numerous backcountry campsites that are protected from the coastal winds.  As you continue further on the trails you will eventually emerge onto the grassy sand dunes and undeveloped beach that makes the Bayocean Peninsula so special.

The history of Bayocean is one of the most interesting and bizarre stories of the Oregon Coast.  The peninsula is the former site of one of the state’s first and, for its time, most spectacular resorts.  Envisioned as the “Atlantic City of the West,” the resort town of Bayocean boasted a 1,000-seat movie theater, a natatorium (indoor swimming facility), 4 miles of paved roads (when paved roads were extremely rare), and a bowling alley.

Bayocean tourists predominantly traveled from Portland by rail to Tillamook, then through the choppy waters of the Tillamook Bay as they finally reached the resort destination by ferry.  The community quickly pushed for the construction of jetties at the mouth of the Tillamook Bay to make travel to the resort more comfortable.  The U.S. Army Corp of Engineers conducted a study, provided an estimate, and agreed to equally share the costs with Bayocean residents.  The original estimate soared to over $2 million, however, and despite the recommendations of the USACE study, the residents elected to have only one jetty built.  In 1914, construction of the North Jetty began.

This seemingly prudent but contradictory decision would ultimately seal Bayocean’s fate.  As coastal dynamics and principals of jetty engineering predicted, the single-sided jetty construction created an imbalance of silt and sand deposits and a simultaneous erosion of the peninsula itself.  The gradual effects of the town’s decision had run their course by 1960, when the last house in Bayocean fell into the sea.  It wasn’t until 1965 that the South Jetty was constructed, long after the demise of a resort that at the looked to have such a promising future.  In 1971 the last structure, a garage, washed away.  Today, no evidence of “the town that fell into the ocean” remains on Bayocean Peninsula.