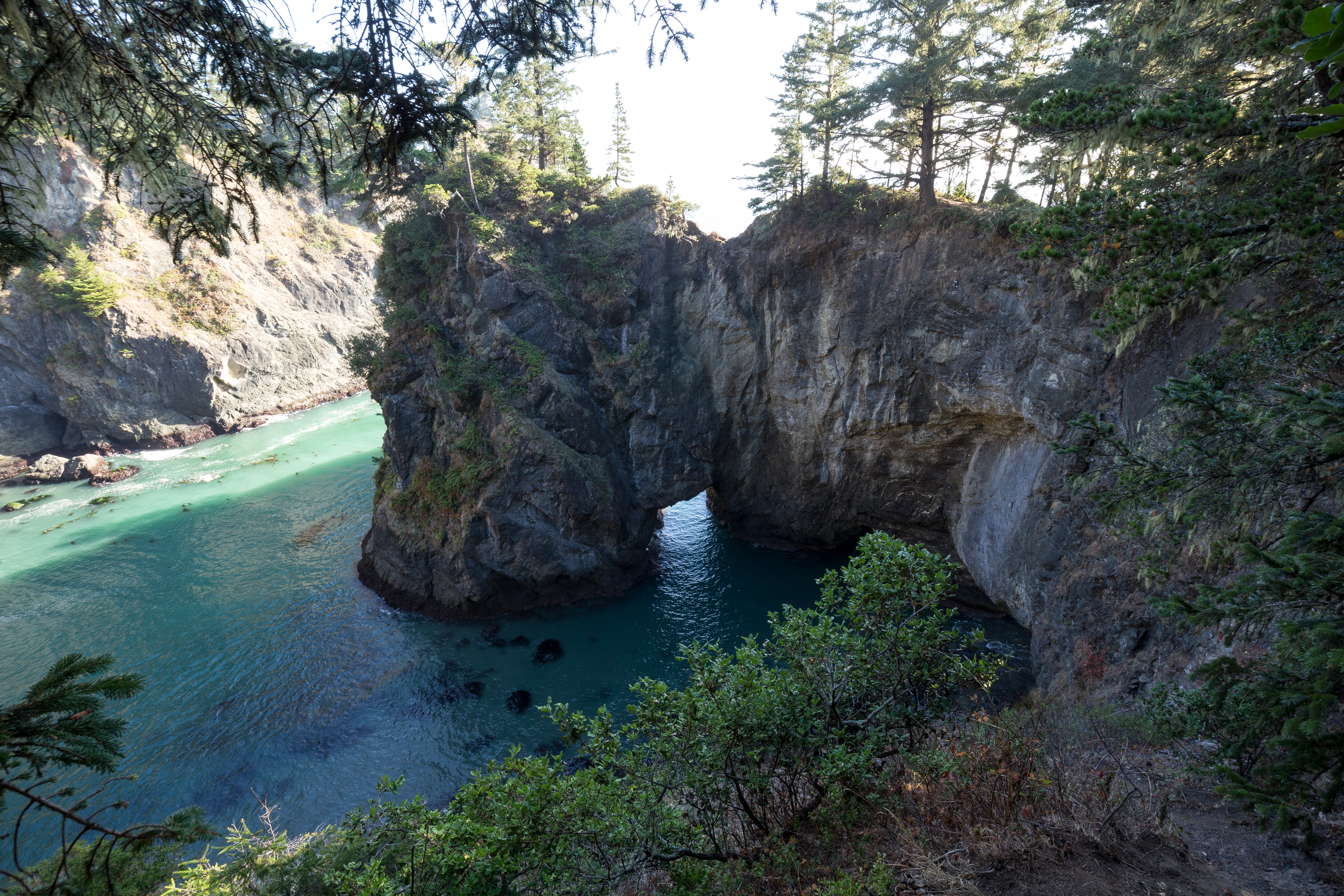 When a large wave enters the cove, it wraps around into a sea cave set into the cliff. Large amounts of water and surrounding air are forced into the back of the cave, creating a lot of pressure. When the wave hits the back and when forces on the air and water cannot push any further, the wave and air are expelled backwards and create a thundering sound that reverberates through the rock on occasion. On a calm day this sound is still audible with the occasional wave, but it is much more pronounced during large swells and storms.