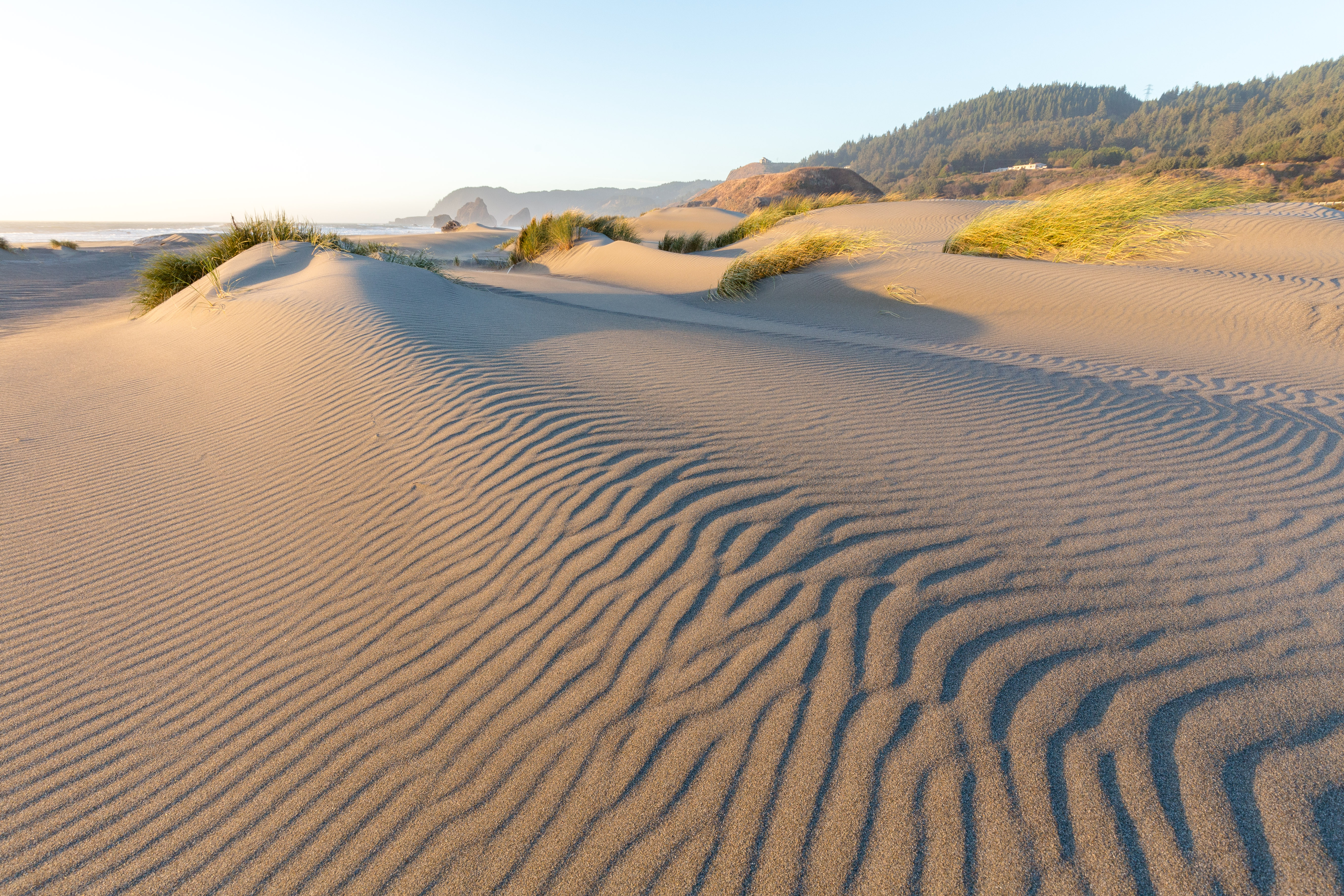 Pistol River Beach is a 3.25-mile long stretch of soft sand and dunes along the rugged Southern Oregon Coast that is connected to Myers Creek Beach at the northern end. Because the entirety of Pistol River Beach is so long, there are three main access points: North, Middle, and South. The middle section has the longest section of dunes, which are set just behind the beach. The beach is a hop, skip, and a jump away from the parking area. Strolling north would take you quickly to the northern section of Pistol River Beach, but walking south takes you to the beautiful dunes. The dunes here are not very tall, but they are often long and untouched by visitors. At sunset the patterns and textures of the dunes are more easily observed as shadows are cast in between the lines of sand.

During summer and fall, the east side of the dunes is nestled up against the Pistol River lagoon. Water flow is poor in the Pistol River during summer months, creating a lagoon as sands build up between the ocean and the river. During winter months when rains are more frequent, larger amounts of water come down the Pistol River watershed building up the lagoon. Eventually the force of water on the sand wall is too great, creating a bursting event. Much like the collapse of a manmade dam, the sand wall breaks and releases the water from the lagoon into the ocean. The Pistol River then flows directly into the ocean, thereby establishing an estuary again. This cycle repeats over and over throughout the years and is often very important for fish species in the area.