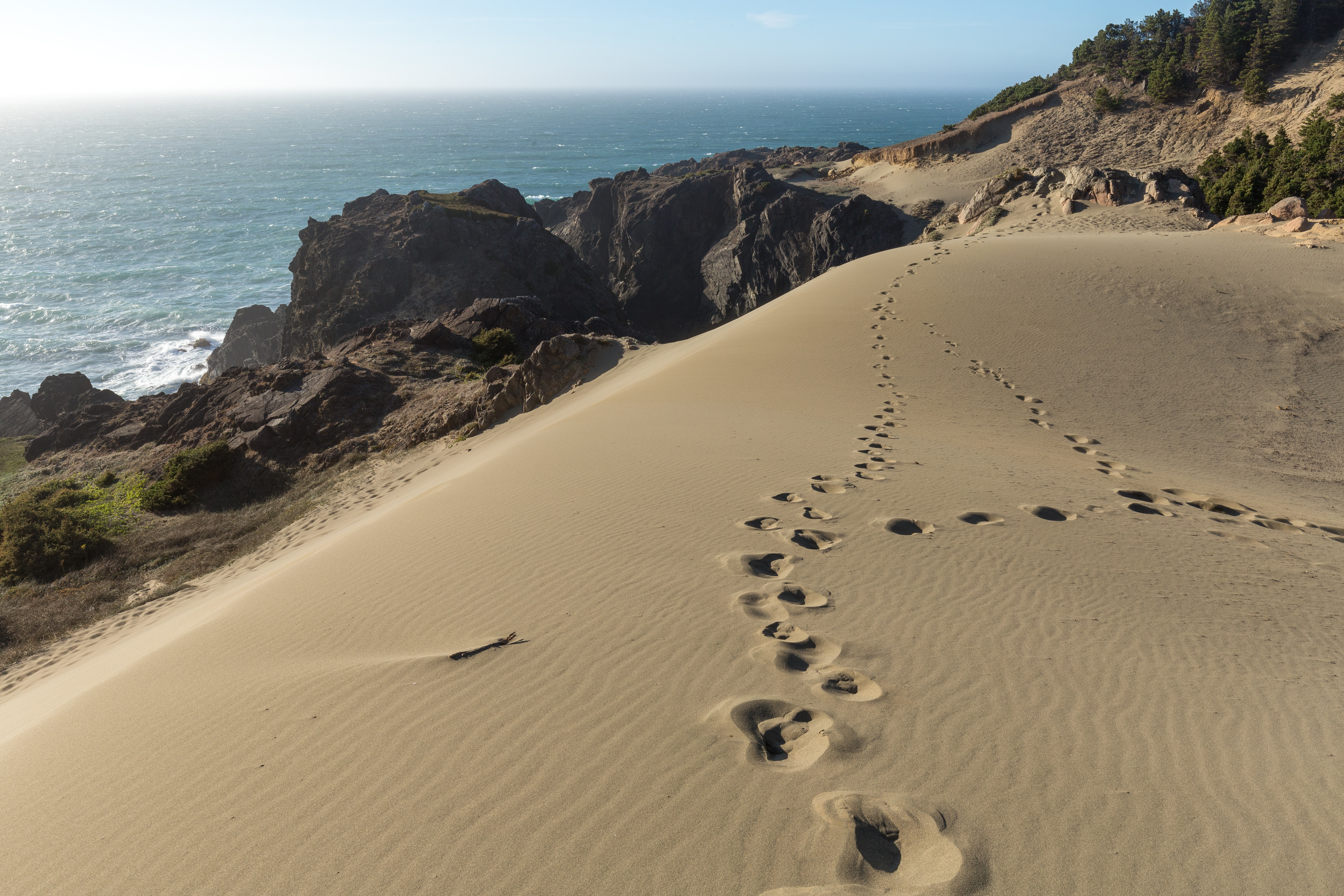 Samuel H. Boardman State Scenic Corridor has a unique diversity of locations within the area such as hidden beaches, large natural rock arches, thundering coves, and incredible viewpoints. Perhaps one of the most unique places is Indian Sands, where several large patches of sand and dunes sit high on the coastal cliffs. Seemingly out of nowhere these sands appear between the forest and dramatic cliffs that fall into the ocean. From the dunes you can see well off into the distance over the Pacific Ocean as well as look down several hundred feet to waves crashing against the rock. This is truly a unique location.

To find Indian Sands from the parking lot, do not follow the Oregon State Park “Indian Sands” sign. Instead, walk to the southern end of the parking area and follow the wide, uphill path through the forest. The trail will begin a steep descent. At the bottom of the slope, follow the trail to the west. This trail should emerge from the forest shortly and continue for a few hundred feet to the dunes

Most dunes along the Oregon Coast are created using sand fed from the ocean itself, which is why they are found alongside beaches. Indian Sands, however, finds its source of sand in the compacted sandstone of the cliff, where the stone is slowly eroded into the soft dune sands.