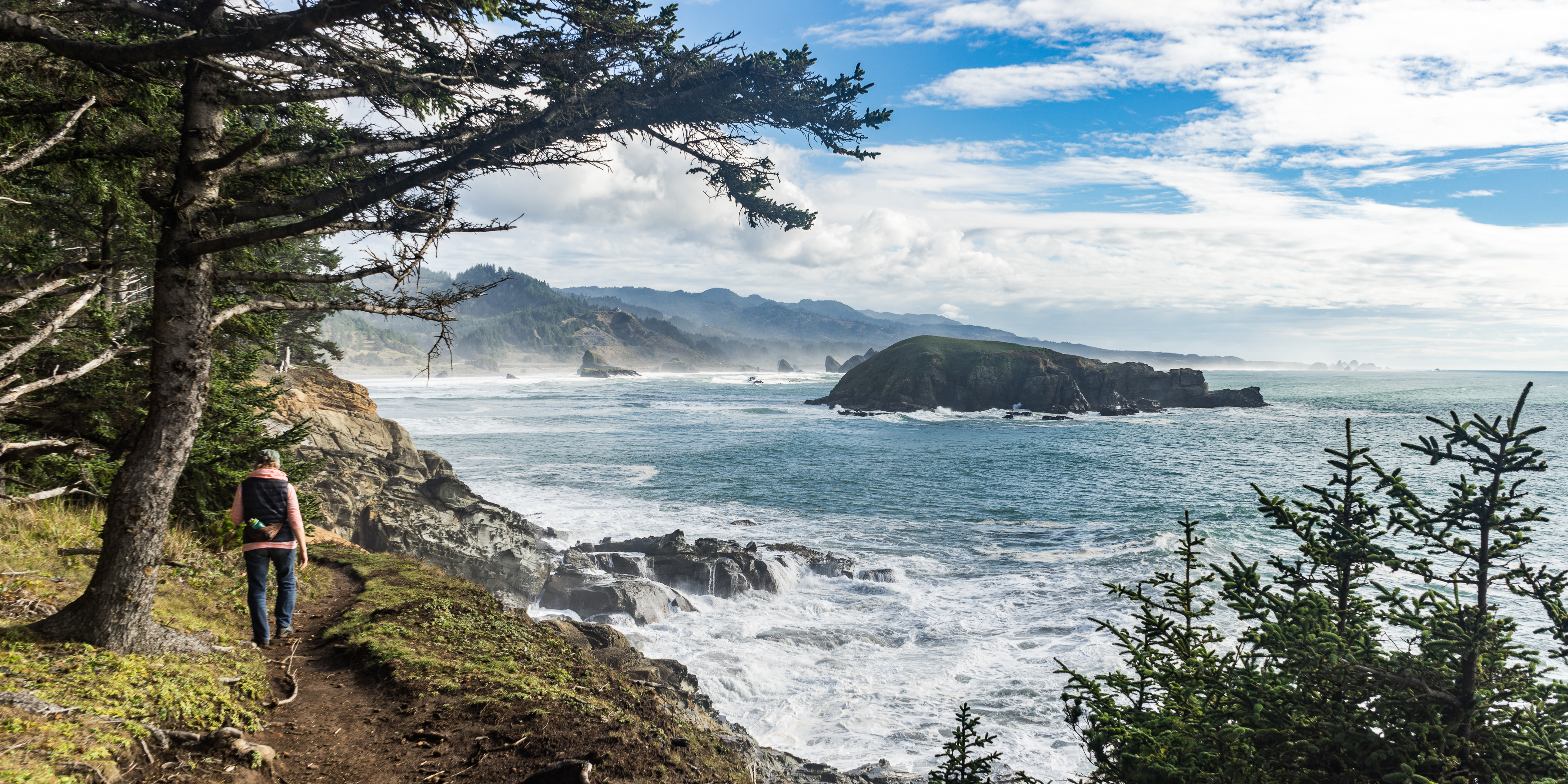 Cape Sebastian is the northern gateway to some of the least-visited and most scenic portions of the Oregon Coast. Just a few miles south of Gold Beach and the mouth of the Rogue River, Cape Sebastian gives way to the Pistol River area which leads to the spectacular Samuel P. Boardman Scenic Corridor. Much of this coast can be seen from the viewpoint on Cape Sebastian, but the special attraction here is the magnificent trail down to the beach on the north side of the cape.

Starting at the south parking area, the trail winds down a gradual descent, offering great views to the north for the first half mile or so. At this point the trail heads south along the west edge of the cape and descends steadily to a series of switchbacks that eventually reach the bluff just above the crashing waves. The wave action here is spectacular, and there are many spots to sit and watch the show. Winding around the last curve of the cape, the trail reaches the cliff above Hunters Beach, and the last steep section gets an assist from a rope and posts for the final 50 feet.

The beach at Hunters Cove is wide and extends just over a mile south to the nearest parking turnout on Highway 1. The sea stacks of Pistol River are visible in the distance, and Hunters Island looms just offshore. The long uphill trek must be faced unless a car shuttle has been left at the highway turnout, but the scenery is nice and the trail grade is reasonable, so the hike up is a really pleasant one.