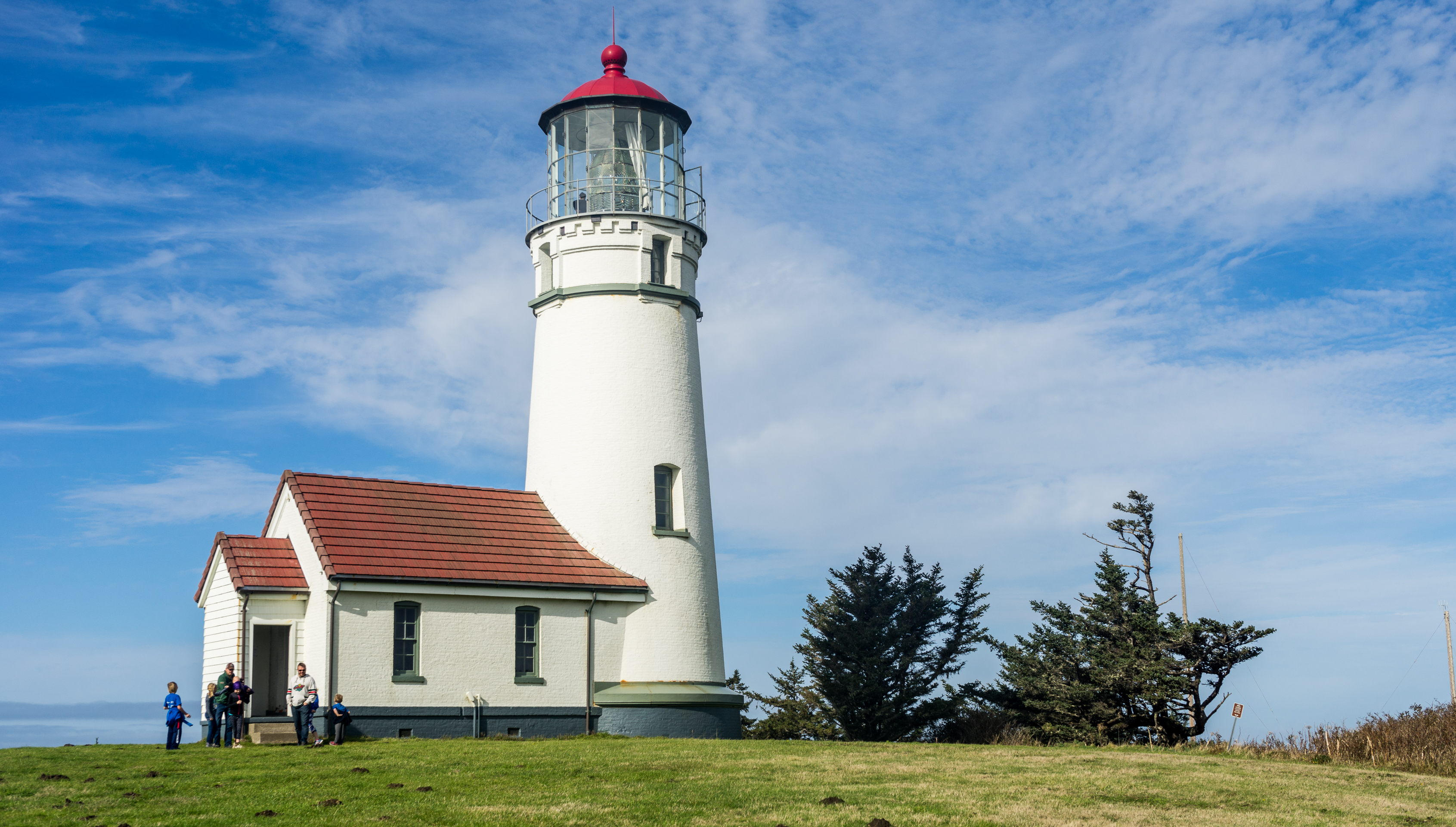 The year was 1876 when James Langlois arrived at Cape Blanco with his family to be the assistant lighthouse keeper. The Cape Blanco Lighthouse was just seven years old at the time and Langlois would be promoted after another seven years to head keeper, the role he maintained for the remainder of his 42-year career at Cape Blanco. The light has been in mostly continuous service up to today, and it is the oldest standing lighthouse in Oregon. It underwent a major restoration in 2003, and now it is open to visitors April through October several days per week.

Cape Blanco is the westernmost point in Oregon, and it is a wild, windswept place. The excellent state park that encompasses most of the cape is worth an extended stay, but visitors who only have a short time should make the lighthouse a priority. The docent-led tour is excellent, the lighthouse is elegantly beautiful, and the views from the top level are stunning. Like some other Oregon lighthouses such as Umpqua and Cape Meares, visitors can see close up the original hand-crafted Fresnel lenses with the fine brass metalwork of the mechanism.

For those staying in the nearby state park campground, it is highly recommended to visit the lighthouse at night. The gate is closed so it cannot be approached very closely, but it is marvelous to see the power and sweep of the light from the parking area before the gate.