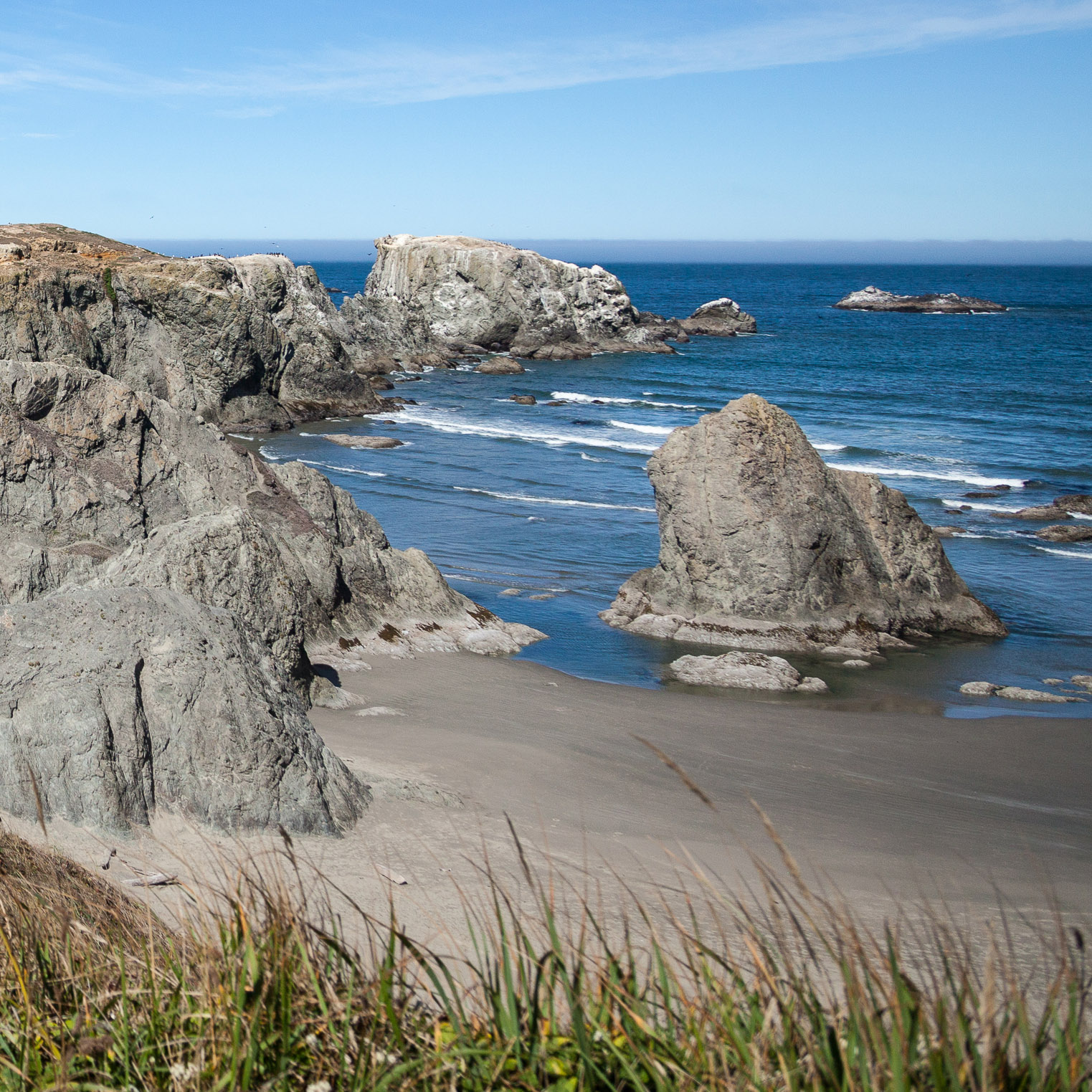 Coquille Point and Kronenberg County Park provide some of the best available views into Oregon Islands National Wildlife Refuge, a network of protected rocks and islands off of the Oregon Coast. This particular area is bursting with bird life; watch for murres, cormorants, petrals, and tufted puffins, depending on the season. The entirety of Coquille Point is included in this NWR along with Table Rock, and Kronenberg County Park functions as a neighboring viewing platform, complete with interpretive signs that explain the unique populations that inhabit the area. A short, accessible path leads around the park.

From the south end, an impressive set of stairs leaves from near the parking area down to the beach, and another beach access path leaves from the north end of the walking circuit. Depending on tides, it may not be possible to access the beach south of Coquille Point from the north beach access; instead, enjoy a walk north to the Coquille River jetty with views of the Coquille River Lighthouse.

Alternately, if you use the south access or can move around Coquille Point and head south, the walk toward Face Rock State Scenic Viewpoint is a highlight of the Oregon Coast. Between Coquille Point, Table Rock, Face Rock, Cat and Kittens Rocks, and the myriad other unnamed rock shapes that populate this beach, your imagination and admiration should be fully sparked.