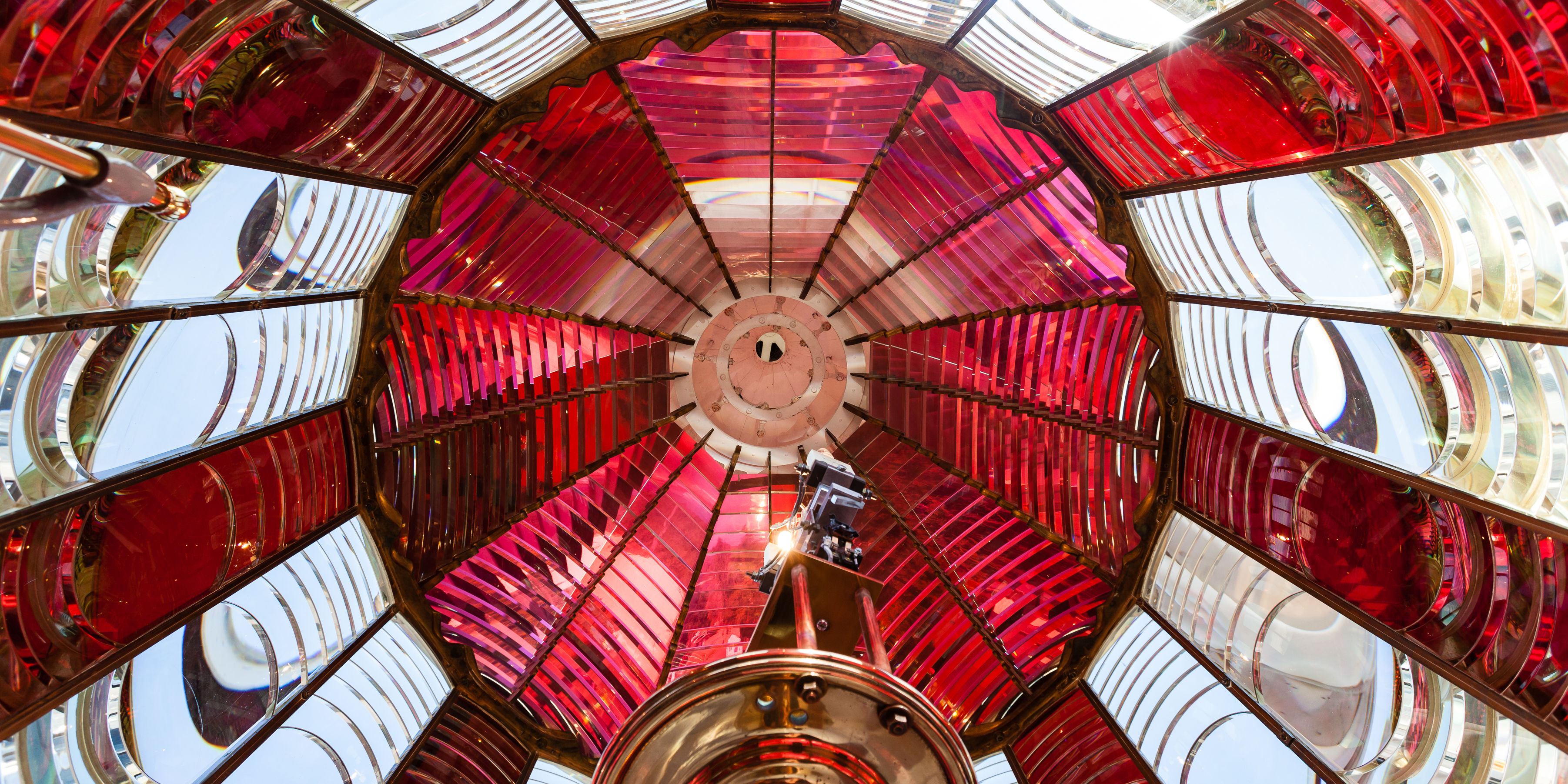 Shipping along the Oregon Coast exploded after 1850s as prominent coastal rivers became avenues for extensive logging operations. Based on its size and upstream resources, the Umpqua River was predicted to become a significant artery for the timber trade, and a lighthouse at the mouth quickly became a priority. Whether due to economic urgency, crippled foresight, or land disputes, the first edition of the Umpqua River Lighthouse was built right at the Umpqua’s mouth on relatively unstable ground in 1857. Floods and storms made short work of the structure, which was completely abandoned by 1864.

Years later, as shipping along the coast continued to expand, eliminating navigational hazards with an unbroken chain of lighthouse signals became a priority. Ideally, a ship would be able to move into the range of one light as it moved out of the range of another. Construction of the Heceta Head and Umpqua River lighthouses began, and this second draft was placed significantly farther inland and above the river’s mouth. First lit in 1894, this version has a first-order Fresnel lens that flashes two white beams followed by one read beam, giving it a 24 mile range.

While the Coast Guard has relinquished all management of the lighthouse to Douglas County, the tower and surrounding structures remain significant. The lighthouse itself is listed in the National Register of Historic Places, the former Coast Guard Station is now a museum showcasing not only the history of the lighthouse but also of the Coast Guard in the area, and staff from the museum conduct lighthouse tours. The museum and tour are excellent portals into the history of the Oregon Coast. If you are traveling on the coast, the information you receive here will resonate with stops at Heceta Head Lighthouse or farther south at Port Orford Head State Park’s Coast Guard museum. Also, nearby Lake Marie is an excellent spot for a picnic and a short walk around a beautiful coastal lake.