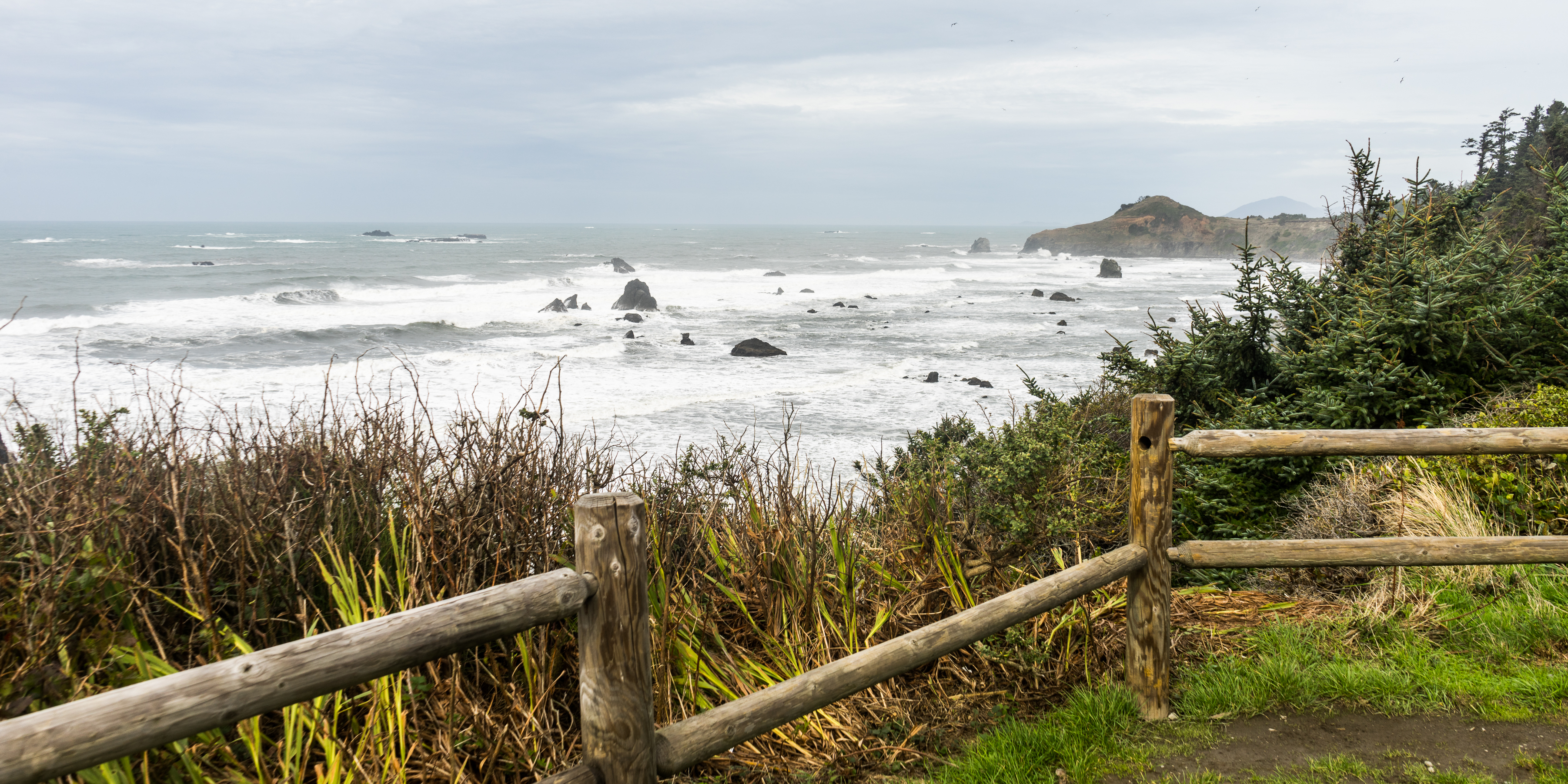 Just 3 miles north of Gold Beach and the mouth of the Rogue River, Otter Point is a wonderful little park that has a lot to offer. With two beaches and a spectacularly-carved sandstone point, there is a lot to do in this small recreation site.

The parking area is dirt and does not have space for large trailers to turn around, but there is plenty of room for the relatively light amount of visitors. There is a short, steep trail to the north that leads down to Agate Beach with its sea stacks and driftwood. The trail on the south side of the parking area quickly splits with the right fork heading out to the point and the left fork following the Oregon Coast Trail along the bluff and eventually down to Bailey Beach.

Otter Point itself is a real playground for scramblers with many levels and paths to explore. This formation is made of very soft sandstone, however, and great care should be taken at all times when walking close to the edge. Great views abound on this point but the wind can be fierce and the weather foggy. Bailey Beach extends roughly 2 miles south from the point and is easily reached by the trail from the parking area–about a half mile. Driftwood, small beachgrass-covered dunes, and several small creeks mark this typical Oregon beach, and there will likely be few other people to share it.