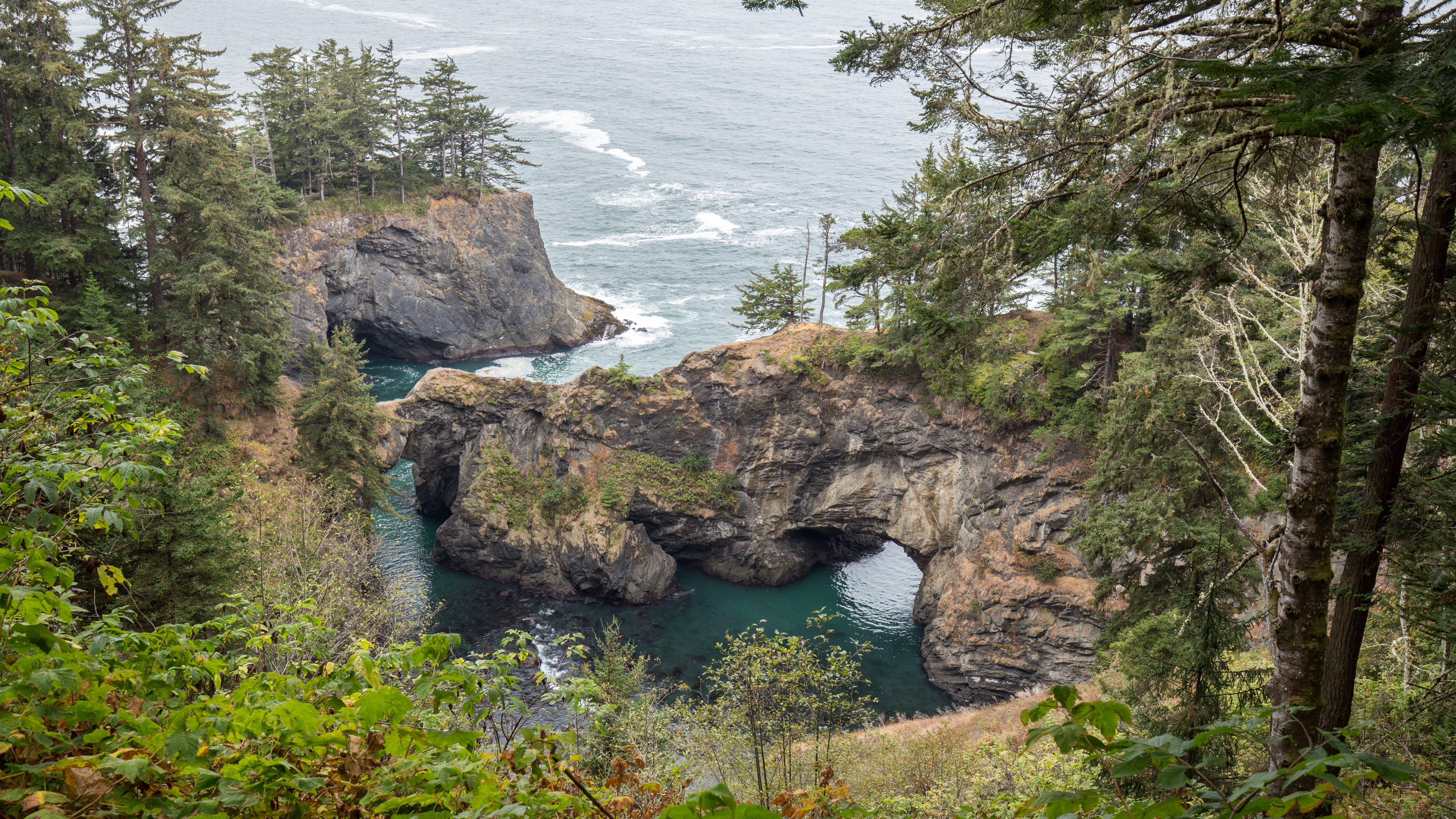 Natural Bridges Viewpoint is a necessary stop if you are traveling through Samuel H. Boardman State Scenic Corridor. Within 200 feet from Highway 101 visitors will be able to witness one of nature’s phenomena, natural sea arches. At this viewpoint there just happens to be two! Unfortunately, there is only one location with a good view of the small cove and natural bridges due to the steep cliffs and closures for nesting shorebirds. The best time to visit this location is on an overcast day or early in the morning. In the afternoon the sun often reflects around the bridges, making it difficult to see and photograph. Some mornings also bring heavy fog that obscures the arches. If the conditions aren’t great the first time you visit, don’t be afraid to check back later in the day or just as the sun sets, as conditions can change drastically throughout a single day.

The Samuel H. Boardman State Scenic Corridor is one of the most rugged sections of the Oregon coast. The particular geology of this coastline creates the sheer cliffs, sea stacks, and natural arches. Eons of erosion from winds and waves grinds down the rocks and forms these beautiful features. The natural arches, as seen here at Natural Bridges Viewpoint, form from cracks and crevices weakening and cracking off to form notches. These notches grow into sea caves in the cliffs, and they sometimes collapse to form blowholes. After thousands of years, only the strongest parts of the rock remain. At Natural Bridges Viewpoint you will see the strong and resistant rock arches have outlasted the rock of the cove, which may have been a blowhole at one time. Over eons the cove was continually weakened by rain, waves, and wind, leaving what is seen today. Over several thousand more years these natural arches may collapse, it may even happen in our lifetime. These geological forces are always occurring, changing the Oregon coast constantly little by little.