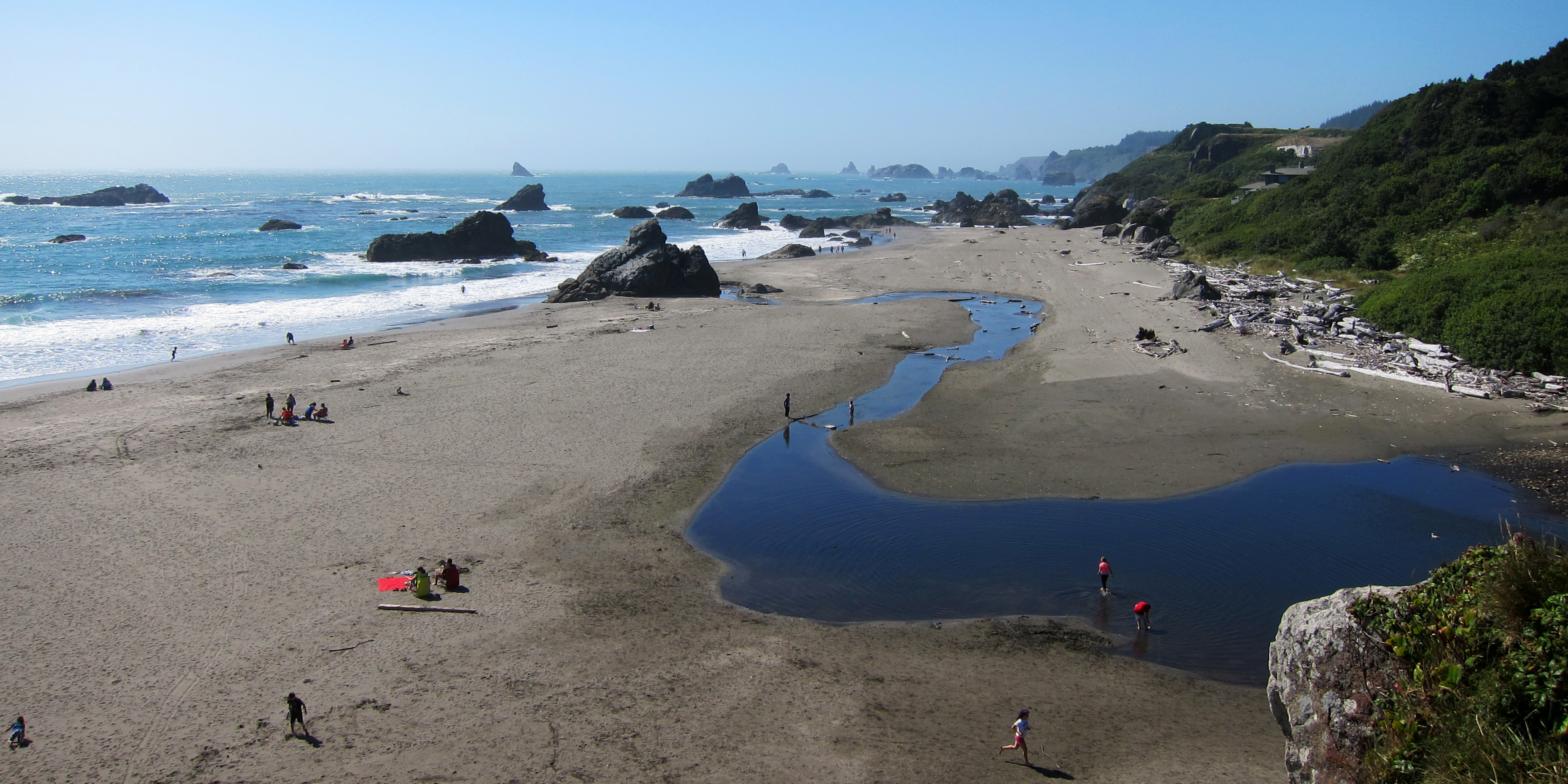 The 174-acre Harris Beach is a popular destination with an annual day-use attendance of more than 930,000 visitors. Considering that the nearby city of Brookings, Oregon, has a population of just more than 6,000 residents, this beach draws visitors from a large area—and for good reason.

Harris Beach is the location of the largest island off the Oregon coast: Bird Island (also called Goat Island). The island is a National Wildlife Sanctuary, where rare birds such as the tufted puffin breed. Harris Beach also features rocky shores that provide panoramic views up and down the coastline, tide pools with a variety of life and numerous sea stacks just off shore. Wildlife viewing opportunities are also plentiful: in addition to harbor seals and California sea lions, you may see gray whales migrating along this coastal area in the winter and spring.

Harris Beach is named after George Harris, a Scottish pioneer who settled the location in the late 1880s. He used the land to raise sheep and cattle.