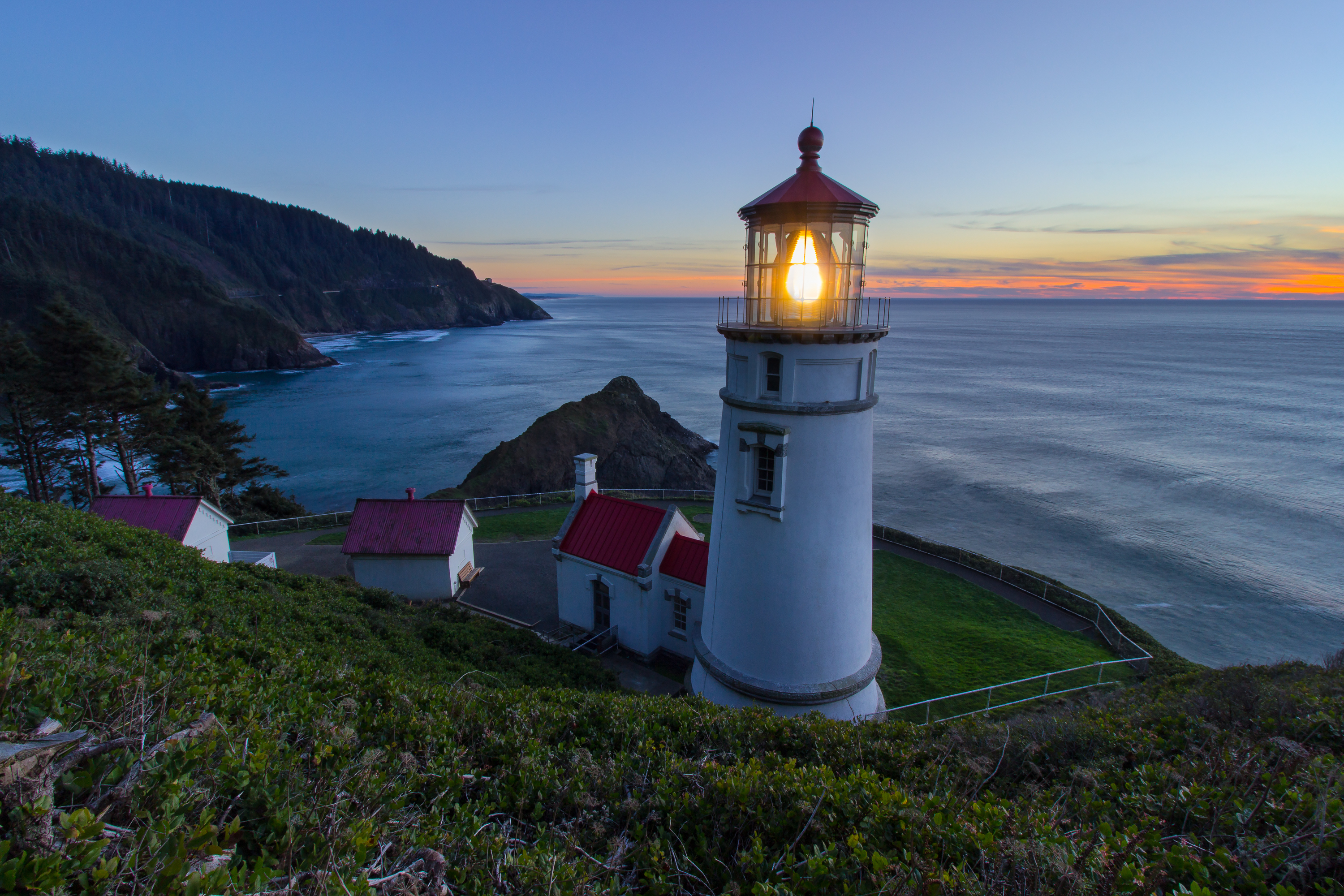 This state scenic viewpoint is truly one of the Oregon Coast’s best stops. From the dramatic Cape Creek Bridge at the south end to the tide pools and sea caves towards the north, the cove and beach at Devils Elbow would be worth appreciating even without the addition of one of Oregon’s most iconic structures. Built in 1894, the Heceta Head Light is still the strongest light on the Oregon Coast in spite of its humble appearance. Both the lighthouse and the keeper’s house are listed on the National Register of Historic Places, and the keeper’s house is run as a bed and breakfast. At the lighthouse you will find a small room with informative displays about the history of the building and the area. The lighthouse was reopened in June 2013 after two years of renovation work. Tours of the tower are given daily between 11 a.m. and 3 p.m.

The trail up to the lighthouse is a short climb with plenty of views of the bay and surrounding headlands. These are perfect vantage points to view the cove and to search for sea lions, Brand’s cormorants and the occasional puffin. This trail is part of a network that totals 7 miles; you can also take the trail across Heceta Head to connect Hobbit Trail or try several other sections that extend into Washburne Memorial State Park. If the walk to the lighthouse is too short, consider stringing together a few legs of this longer network.