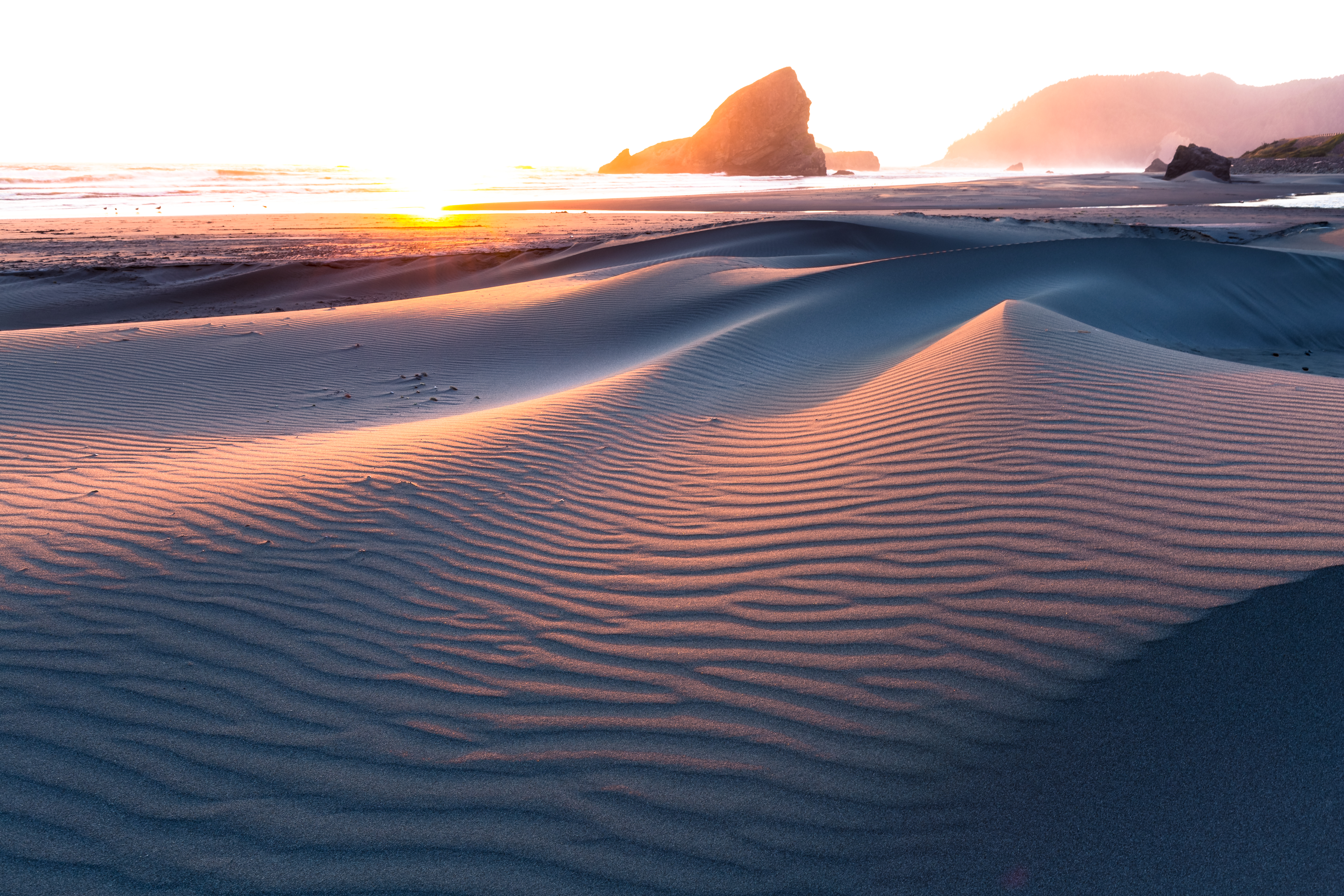 Meyers Creek Beach lies on Oregon’s southern coast where the small Meyers Creek meets the Pacific Ocean. This ocean beach is seemingly a forgotten gem as it lies well away from large metropolitan cities. Nearly 2 miles of soft silky sand stretch along the Oregon coast creating this beach dotted by large haystack rocks. During low tide large pools are left near the bases of the rocks, creating nearly perfect reflections of the surroundings. Occasionally high wind conditions create temporary sand dunes that are later washed away during high tides. Though the high winds can be obnoxious for beach goers, many wind surfers come to tackle the waves.

This beach is part of the Pistol River State Scenic Viewpoint because it lies just a couple miles north of the Pistol River mouth. Pistol River winds 21 miles through the southern Coast Range, encompassing a watershed approximately 105 square miles in size. Nearly 57% of this area is managed by the Forest Service for forestry purposes.