River Mouths, Shipping, and Trade along the Oregon Coast 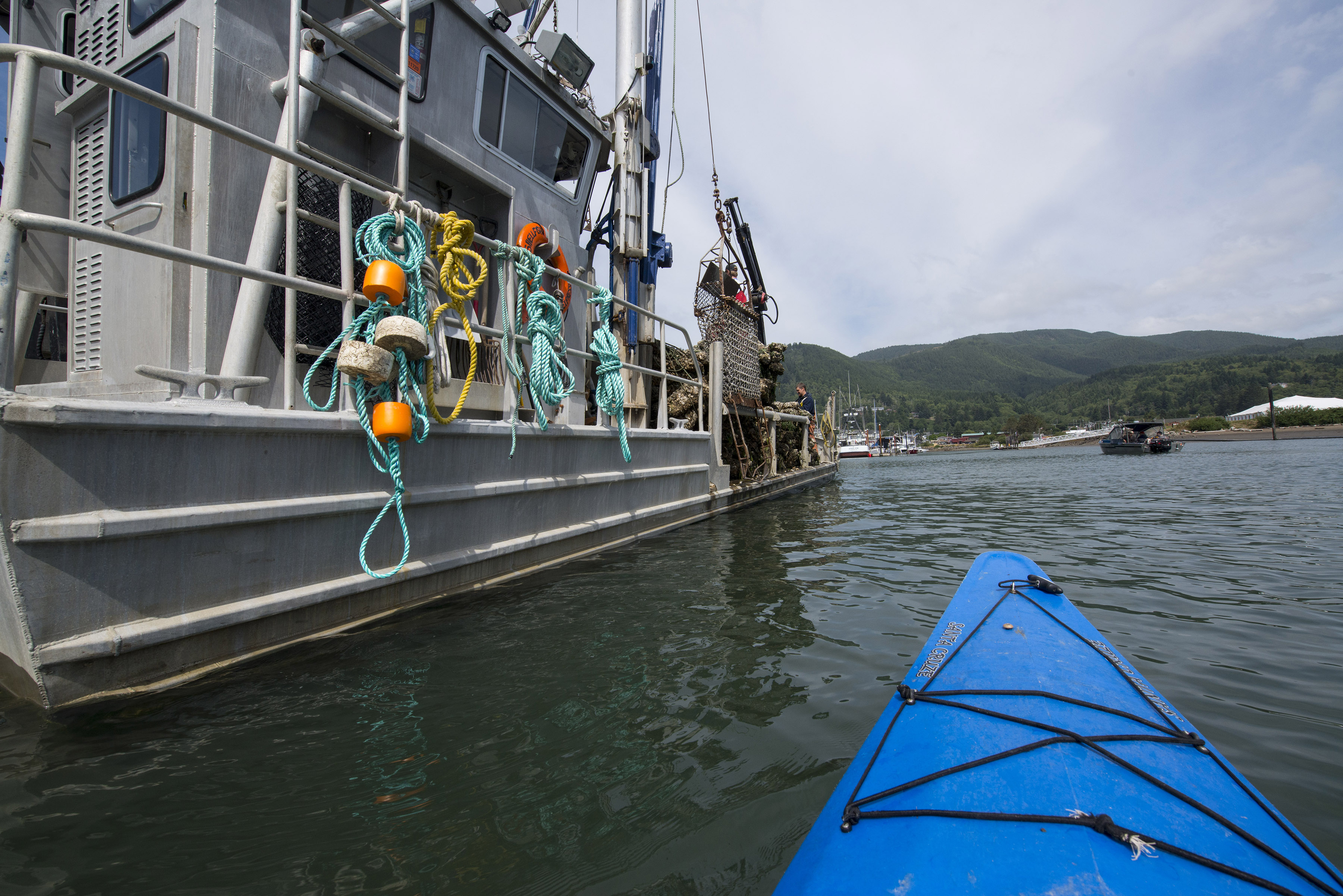 While the powerful Columbia River sports a significant number of port cities, over half of Oregon’s 23 public ports fall on the beautiful Oregon coastline. These public ports provide immense opportunity for their communities ranging from the economic to the recreational. In fact, according to the Oregon Public Port Association, one out of six Oregon jobs is directly or indirectly tied to cargo, recreation, industrial, or commercial activities at Oregon’s ports.

The Oregon coast first came into international view following 1543 when Spanish explorers first sighted land near the Rogue River. Its importance in trade abroad didn’t become significant until 1778, when Captain James Cook began trading along the coast. Publication of Cook’s journals shined a light on the lucrative possibilities to be found in the Pacific Northwest for enterprising traders. McKenzie’s expedition in 1793 and Lewis and Clark’s expedition from 1804 to 1806 were also driving forces.

Original white settlers were not the first traders in the region, however. New to the area, early settlers did not realize the true scope of Native American traditions and habits that encompassed the entire length of the state. Considered nomads drifting purposelessly, in reality Oregon tribes moved between winter and summer villages based on seasonal availability of prime food sources. Considerable trade circulated up and down the length of the Pacific Northwest coastline as well as to the interior tribes of Eastern Washington and Oregon.

Today, billions of dollars in import and export trade circulate through Oregon each year with the help of these important ports. Ranging from far-flung destinations like China and Malaysia to regions closer to home like Canada or further south along the U.S. coast, the massive container ships seen silently cruising the coastal waters carry loads near and far. The list of goods is long: automotive parts, cereal grains, wood products, fertilizer, and electronics, just to name a few.

In addition to the staggering volume of shipping that courses through Oregon’s coastal waters, commercial fishing plays a significant role in the economic well-being of our state. According to the Oregon Department of Fish and Wildlife, over 1,000 different fishing vessels made more than 27,000 landings at Oregon ports in 2016, resulting in commercial onshore harvests that were valued at $144.1 million.

The most high value fisheries come from catching Dungeness crab, pink shrimp, groundfish, and sablefish. All commercial fishers are required by law to deliver their catch to a wholesale fish dealer, a wholesale bait dealer, or sell it off their vessel directly using a limited fish sellers permit, according to ODFW regulations. Wandering the docks be an excellent way to find extremely fresh catch, for those in the know.

The travel industry is one of the three largest export-oriented industries in rural Oregon, according to a recent Travel Oregon study. Direct travel spending in the state came in at a whopping $11.3 billion in 2016 alone, as roughly 28 million overnight visitors traveled to various Oregon destinations. While urban centers like Portland and Salem do see significant impact from tourism, the biggest benefits from all these travelers are seen in rural communities. In places where agriculture and logging related industries used to dominate, tourism and recreation related economy are now seeing a surge.

While this study does not break out the details as they pertain specifically to port cities, it’s clear that recreation is a key component in their economic success. Diverse opportunities await visitors to Oregon beaches: kite-surfing, beachcombing, hiking, kayaking, SUP, sailing, crabbing, and more. All of these outdoor enthusiasts need places to eat, sleep, and shop. Small communities en route to the beach also benefit, as travelers require gas and snacks along the way.

To explore these beautiful ports yourself, consider the following list as a rough guide. Recreation opportunities of all types abound for all interests. Not only will you have fun on your adventure, you can feel good knowing that by traveling to these towns, you’re helping support your hard-working local communities.